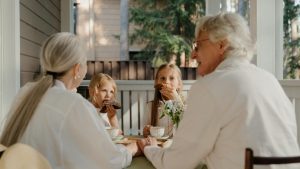 Learning what the Grandparents rights in Ohio are is essential to a family as grandchildren share a special unbreakable bond with their nana and papa. They should also be able to show their care towards their grandkids by exercising such rights.

In general, it is the legal custodian’s right to determine who has a relationship with their children; however, courts in some states can order parents to allow grandparents to spend visitation time with their grandchildren.

In Ohio, it’s difficult to say if grandparents have the right to spend time with their grandkids. The subject is governed by a plethora of legal rules. Anyone in Ohio has the legal right to seek custody of a child, which implies you do not have to be a child’s relative to have custody or companionship time with a minor.

Is it legal for grandparents to spend time with their grandkids as part of a relationship, or is companionship heavily dependent on the facts of the case?

The court may require companionship time in some situations but not others, based on the children’s best interests.

What Are Grandparents Rights in Ohio?

Grandparent visitation rights are granted by Laws of Ohio in three situations:

A judge may grant reasonable visitation in the above-mentioned cases if it is in the best interests of the child.

If a grandparent has an interest in the kid’s welfare and visitation is in the best interests of the child, a court in Ohio can give visitation privileges to the grandmother during or after a domestic relations action and also while providing grandparent visitation rights, a judge in Ohio must take into account all relevant facts, including those stated in the law.

Factors Considered by the Court in Visitation

To obtain visitation, grandparents must prove certain things in court. The judge will consider all essential factors, including the factors set forth by the law. The wishes and worries of the child’s parents; the child’s previous interactions and relations with parents and other relatives; the location and distance of the grandparent’s residence from the child’s residence; the child’s age, well-being, and wishes are all elements to consider.

The court will consider the entire situation and make its decision based on what is best for the child.

Do the Rights of Grandparents Allow Them To Get Custody of a Grandchild in Ohio?

Sometimes your legal issue is more than just a desire to spend more time with your grandchild. You may believe that your grandchild’s current living situation is unsafe or unstable and that they would benefit from living with you—that is, from having legal custody. In Ohio, a grandparent can obtain legal custody of a grandchild, but it is difficult because the Ohio courts provide biological parents priority in the care of their child.

The first stage in an Ohio court’s decision to grant non-parental custody of children is to establish that the parents are unsuitable or unfit. If the child appears to have been mistreated, ignored, or dependent, or if the parent is found to be incompetent, the parent loses custody priority.

This is a high legal burden that must be proven to both parents. Still, once the same has been established in front of a judge by showing reasonable evidence, the court must consider whether it is in the child’s best interests to grant custody to the grandparent.

This procedure may be required to protect a child’s health and safety, but it is a serious step that will likely harm your relationship with the child’s parent or parents. On the other hand, it may be the only way to protect the child’s safety and welfare while also nurturing the child. 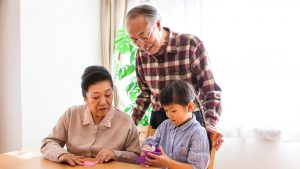 When a Child Is Taken into Custody

The laws of Ohio do not explicitly allow grandparents’ visiting in the case of mistreated or ignored children who have been removed from their homes. The Ohio Department of Job and Family Services, on the other hand, has procedures in place that permit grandparents to see their grandkids.

Communication and visitation between children in their care and members of their extended families are to be arranged by the agencies providing such services. However, this is provided by agency rule and does not have the force of law. In addition, if the children are placed permanently, visitation will most likely be terminated.

When the grandkids are removed from parental care due to the circumstances mentioned above, grandparents may wish to assume parental responsibilities. In this situation, many grandparents claim legal custody of their grandkids or become foster parents. A law passed in 2008 was intended to make this process easier, but it has yet to be fully implemented in many states, including Ohio.

How is the standard of “best interests of the child” determined?

When you file for grandparent rights, the judge decides what is best for the child by considering the following factors:

The ruling of the United States Supreme Court in the case of Troxel v. Granville 2000 affected grandparents’ rights in all states. Simply put, the court determined in this 2000 decision that decisions taken by the parents about their kids are assumed to be in the best interests of the children.

Even if parents decide to cut off contact with grandparents, this presumption applies. As a result, the grandparents should provide reasonable evidence which demonstrates that contact with the kid is in the best interests of the child to the extent that it justifies overruling the parents’ decision. Navigating these legal complexities may necessitate the assistance of an attorney. 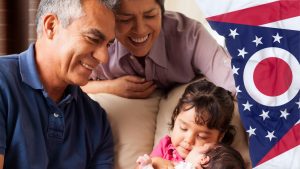 In conclusion, the child’s best interest is considered and is the most important factor in determining if the grandparents should be given the required right or not.

Further, we also conclude the following:

We hope this article enlightens everyone on how one can exercise their grandparents rights in the state of Ohio legally.