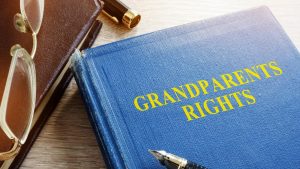 Grandparents rights in Montana have been ignored or have not been adequately exercised because of the ignorance of the laws. Thus, if you are a grandparent living in Montana, read this article to get a gist of all the rights and laws related to custody and visitation.

A Few Words on the Rights of Grandparents

Generally, child custody and visitation conflicts include only the kid’s parents. However, this is not always the case.

Grandparents are an important part of the family dynamic and may often be of tremendous assistance with child-rearing. If the child benefits from the relationship, grandparents should be allowed to visit and form meaningful ties with their grandchildren.

Parents are usually the ones who fight for custody of their children, but grandparents too can file a petition for the following rights:

What Are Grandparents Rights in Montana?

Montana, like many other states, has statutes that allow a court to assign custody of an underage child to his or her grandparents. Grandparents can also apply for visiting privileges regardless of the child’s parents’ marital status. When deciding whether to grant grandparent visiting rights, the court accords great attention to a fit parent’s judgment about what is best for their kid.

Grandparents in Montana have the legal right to request reasonable contact with their grandchildren at any time, whether before or after the death, divorce or separation of one of the parents. Grandparents and great-grandparents, whether biological or adopted, have this right. We will discuss each of these rights further in this article.

Custody of a Grandchild in Montana 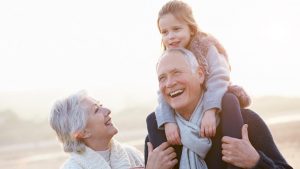 When the parents are unable or unwilling to parent, grandparents frequently ask about how they can obtain custody or guardianship of their grandchildren. The grandparent is granted custody by the court and is responsible for the grandchild’s care. The court may grant legal custody, physical custody, or both.

A court can also award guardianship, which creates a legal relationship between the guardian and the child and gives the guardian some of the parental rights and obligations.

A constitutionally acceptable rule that allows a Montana judicial court to award custody of a child to a grandparent frequently requires the grandparent to:

What You Should Know Before Seeking Custody of a Child

Grandparents should keep the following in mind while seeking custody of a child:

It’s crucial to remember that fighting for custody of a child when the relationship is generally happy might result in irreversible damage, and the relationship with your own children can suddenly deteriorate. More importantly, the grandparent may lose whatever privileges they may have had with the child for the rest of their lives.

In any of these scenarios, the child may be better off with a grandparent than with biological parents.

What Evidence Should I Present To Seek Custody?

The evidence that grandparents must present during a hearing is determined by Montana custody law. Grandparents may find it difficult to obtain custody of their grandchildren, thus they should always seek the assistance of a knowledgeable Montana attorney because they are up against a difficult battle.

Grandparents can learn what factors will boost their chances of getting custody of their grandson with the help and support of an expert family law attorney who is familiar with Montana’s specific regulations. If the grandparents are unable to obtain full custody, a lawyer can assist in obtaining court-ordered kid visiting privileges.

Even if a parent objects, grandparents in Montana can petition the court for visiting rights with their grandchildren. This is called third-party contact, which is usually something a parent decides on. However, in some familial situations, the court is required to intervene and make a decision that is in the best interests of the kid.

The optimum outcome is when everyone can agree and work together, but this isn’t always the case. Taking the effort to establish your rights as a grandparent can be the difference between a lifetime relationship and estrangement.

The grandparent seeking visitation bears the “burden of proof” — that is, the obligation to provide sufficient evidence — that the proposed visits are in the child’s best interests, taking into account the following factors:

Unless there is proof of abuse or neglect, judges must give substantial weight to parents’ preferences over who visits their children. If your grandchild is well cared for and the child’s parent objects to grandparent visitation schedule, the court must take the parent’s concern seriously.

The Process of Petitioning for Visitation Rights

A petition must be filed with the court in the county where your grandchild resides. Your recommended timetable for court-ordered time will be described in your petition. You must notify everyone involved, including the child’s parents and anyone else who may have filed for custody, once you’ve submitted your request.

If you currently have a grandparent visitation order but want additional time with your child or the child’s parent is blocking you from seeing them, you can seek the court to modify or alter it every two years.

Lastly, if a grandparent seeks the court to order contact with his or her grandchild, the judge must first evaluate if the parent is fit. A parent is fit if they provide enough care for the child.

If a parent is unfit, communication with the child must be only for the child’s benefit. If the parent is healthy, the grandparent must demonstrate that the visits are in the best interests of the kid, as well as refute the presumption that the parent’s intentions are the best for the child.

The Origins of the Visitation Laws

The laws explained above follow the decision of the United States Supreme Court in Troxel v. Granville. The father (Troxel) committed suicide in Washington state, leaving two girls and their mother behind (whom he had not married). The mother married, and her new husband adopted the children, limiting visitation privileges to the father’s parents.

The grandparents subsequently petitioned for visitation rights, as it was common practice in Washington that any third party may file a request for seeing children against the parents’ advice.

The Supreme Court of the United States ruled that the Washington state law was mistaken and violated parental rights. So, denying visitation rights to third parties has become the national norm, which Montana adheres to. If a parent is fit, the grandparent faces a substantial challenge. 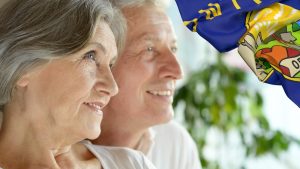 Non-parents, including grandparents, are only permitted to seek custody and visitation rights in Montana if they have an established parent-child relationship with the child. If you have been the primary caregiver for your grandchild, you can seek custody and visitation rights by filing a petition for parenting in the county where the kid resides and notifying all parties involved.

We conclude the following after reading this article:

We hope that you can now make legally informed choices and exercise your custody and visitation rights.

Common Law Marriage Ohio: Is It an Option?