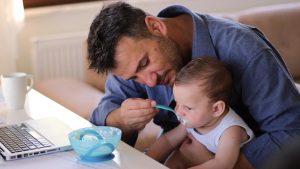 Fathers rights Texas are governed by the need to have fathers present in their children’s lives. Fathers are accorded the privilege and right to provide, support, and be present, as well as take up a major role in the child’s development right from birth.

In this article, we discuss the role of a father in a child’s life as well the various rights these parents have.

How Can a Father Get Full Custody in Texas?

The process of getting full custody officially starts once the father files a case in court. He will need to avail the right evidence and prove their involvement in their child’s life. The judge is likely to consider how active a father is in a child’s education since school is where significant evidence exists to support custody.

According to the Texas laws on parental rights, a father who is awarded full custody can make decisions regarding the child’s upbringing, such as education, discipline, medical care, and religious teaching.

Whether a father seeks to have their child live with them primarily or have the mother as the custodial parent, men in Texas are afforded rights. The state’s general policy is to encourage fathers to build relationships with their children and have access to them.

Full custody involves one parent being designated the primary custodial parent. This happens when the court deems the other parent unfit to care for the child. A court can find a parent unfit if they have a history of child abuse, neglect, or incompetence in their duties to take care of the child.

Texas courts don’t assume you are the father unless paternity is established. This rule applies when you have a child with a woman you are not married to. Under Texas law, a ”father” is identified as a man either presumed, legally determined, acknowledged, or adjudicated by the court as the father of the child.

A presumed father is one who is recognized as the child’s father until that status is invalidated in a court. An acknowledged father is a man who has established a father-child relationship under Chapter 160 Uniform Parentage Act, whereas a legally determined father has successfully established paternity.

The clearest and straightforward way for a man to be presumed as a child’s father is to be married to the child’s mother and the child is born during the marriage. However, the paternal rights in Texas are complicated for couples who have children out of wedlock.

Parents can sign an acknowledgment of paternity to establish paternity. This is a legal document in which a child’s father is identified by the unmarried father and mother.

When the parents disagree on the child’s paternity or when the alleged father repudiates paternity, they may turn to the court for it to order genetic testing. Interested persons or agencies may begin a paternity action.

A child may also begin an action of paternity. However, such a child will mostly require the representation of an adult.

How To Establish Father Rights in Texas

Once a court determines the man as the child’s father, Texas Family law grants him the biological father rights in Texas, such as the right to custody and visitation. The father is also afforded the right to care for and support the child.

Although it’s common for courts to grant one parent the right to determine the child’s primary residence, they can also allow the parents to arrive at an agreement on their own regarding what the care arrangement will look like.

When parents cannot agree, their case goes to court for a custody determination. The judge examines each custody battle on a case-by-case basis then makes a ruling based on the family’s unique circumstances and Texas Law. The judge will use the “child’s best interests” standard to guide their decisions.

Once the court makes its decision, the parents have to maintain that judgment. A mother who interferes with the visitation time or makes decisions without consulting can be charged with parental alienation. Fathers have an obligation to protect their rights and oppose such behavior. 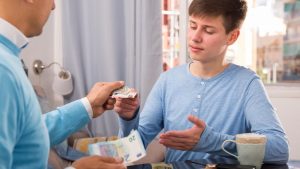 If one parent is named the primary custodian, the non-custodial parent is often ordered to pay child support. Child support is financial payments made by one parent to help pay for the child’s expenses, such as shelter, clothing, and food.

In most joint custody cases, the court calculates the amount of child support that each parent is obligated to pay. It will consider the contribution of each parent towards the joint income and the amount of time each parent spends with the children. Once the payment is calculated, the judge then orders the non-custodial parent to make monthly payments of the set amount.

Should a father be named the primary custodian, he has the right to collect payments and enforce them should the other parent become delinquent. Child support is not an obligation conditioned by marriage.

If you are a parent, you are responsible for financially supporting any child you parent. An unmarried father will be required to establish parentage by a paternity test before filing for child support.

If the man has received legal recognition as the child’s father, their rights are similar to married fathers rights in Texas. If his request is not recognized, their parental rights will be revoked.

Under child custody laws in Texas for unmarried parents, the mother gets automatic custody of the child unless the father has proven paternity. The father has very limited rights over the child even if his name is on the child’s birth certificate.

For an unmarried man to receive paternal rights, he will need to either sign an acknowledgment of paternity form or get a DNA test. After establishing paternity, the father has to seek another court order to push for his unmarried fathers rights in Texas.

This court order is needed for him to have any rights over the child. Conservatorship of the child on the same terms as any married father is an option. This is a process where the court will name him as either a joint or sole managing conservator.

In a majority of the cases, the mother is deemed good and is granted primary custody of the child regardless of how good the father may be. However, some factors such as financial ability, each parent’s moral character, and the child’s preference could persuade the court to grant custody and visitation rights to the father.

In the best-case scenario, you and your child’s mother can agree without ever entering a courtroom. A father can file a court petition to obtain a legally enforceable allocation of parental rights if an unmarried mother refuses to sign the agreement for joint custody.

Be proactive in upholding and defending your dads rights Texas by seeking legal help.

Effect of Father’s Presence in a Child’s Life

Texas family law courts have favored mothers over fathers when awarding child custody over the years. However, it’s becoming impossible to ignore the importance of having a father in a child’s life.

Fathers act as caregivers, supporters, and disciplinarians, which are all vital to a child’s upbringing. Children with involved fathers prove to be better academically and have an easy time developing their social and language skills. 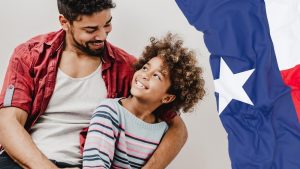 Learning everything about father’s rights in Texas is avoiding parental alienation. All parents have the right to have a relationship with their child, fathers included.

Below is a recap of the most important things we need to know:

It is the father’s duty to learn the law so they can take the proper steps when these rights are denied. Most importantly, fathers have the right to parenting time and custody, and the mother should not deny these rights or alienate the father.

Fathers Rights Montana: Custody and Visitation Rights of a Father

Who Gets the Dog in a Divorce: Resolving the Pet Dilemma