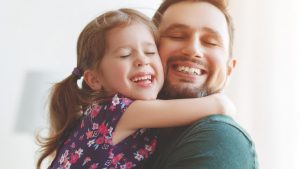 Understanding fathers rights Nevada is necessary if you want to see your child after a split from your partner. This is particularly true if you are not married, as this changes fathers custody rights in Nevada. Keep reading this guide to improve your knowledge of what this state says about fathers and access to their children.

What Rights Does a Father Have in Nevada?

A father can claim custody of the child or visitation rights. This can be taken to a court in Nevada and a judge is going to decide what is in the best interests of the child. Therefore, a father will be able to see their son or daughter.

But, this is something that only happens when it is appropriate and best for their safety and welfare. The parents’ wishes are considered. But the child is what matters the most to the judge.

Therefore, in Nevada a father does have certain rights they can claim when they want to look after or have access to their child. This can apply if they were married and are now divorcing their partner or if they were unmarried and had a child. In the latter case, though, they need to establish paternity first.

Are There Different Types of Custody in Nevada?

In the state of Nevada, there are two types of custody that you need to be aware of. Namely, they are legal custody and physical custody of a child.

With legal custody, a parent has a right to be part of important decisions in regards to the child’s life and their upbringing. This can include having a say in medical care, education, religious upbring and social upbringing.

Then there is physical custody of a child. Just as the name suggests, this is a parent right to have their child reside with them.

There are going to be situations where a child is going to be best with one parent over another. For example, it is possible for a child to be appointed primary custody and it is not always mothers who have this in Nevada. If this is the case, the other parent can be given visitation rights to the child.

It is important to realize that the law in Nevada does not favor the mother over the father when it comes to physical custody. The judge is always concerned with the best interests of the child and this is what determines the decision making. Therefore, there are equal rights for divorced fathers and decisions you can make if you are not married.

Does a Father Have to Establish Paternity in Nevada?

If a father has a child and he is unmarried, before custody or visitation rights can be discussed, it is essential to establish paternity. This means proving that you are the father to the child.

However, the state of Nevada deals with paternity in a different way than to other states. In particular, a father can have legal paternity even if he is not the biological dad. This is going to be true under a number of circumstances. For instance, he may have legally adopted the child. 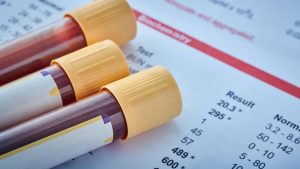 Parents can sign a voluntary declaration of paternity in a contract if they are cohabitating. A father will also have legal paternity if he has lived with the mother six months before the child was conceived or the child was born within 286 days after a marriage ends.

It will be necessary to prove paternity through a court system when parents do not agree who the father is. It is possible for a father to get a DNA or blood test to prove that he is the biological father of the child.

What Factors Will a Judge Consider for Awarding Custody?

Judges are going to think carefully about a child’s health and safety and which parent is going to be able to offer them the best surroundings to grow up in. In addition, the developmental and emotional needs of a child is important and paramount to the decision.  Often, judges like to award joint custody so that the child can spend equal time with a mother and father. But, this is not something that is guaranteed.

The financial ability of each parent will be part of the decision, as well as their home and surroundings. Each judge wants to ensure that the child is going to get the best upbringing they can get and that all of their needs are going to be met.

When looking at each parent, their behavior is also going to be considered. For example, if there is any behavior they have shown in the past that is going to make surroundings unsafe for a child, they are going to be taken into account during the decision-making process. For example, having prior convictions can stop a parent from being awarded custody.

The judge is going to take every case seriously and consider the individual factors that exist before they make a decision on custody. But, there will be certain factors they think about when they are coming to a conclusion.

Therefore, it is possible for a father to receive child support from a mother when they are the primary custodial parent. This is going to help cover the costs of looking after the child and financial support is received on a regular basis.

The payments can be used for a variety of different things to do with the child. For instance, it might be for medical care they need or education, as well as everyday expenses such as clothing and food.

Will a Father Always Have Visitation Rights?

However, there are some circumstances when a father may not be able to have visitation rights. For example, here are some instances that a judge might decide it is not in the best interests of the child:

In some instances, the above situations may mean that supervised visitation is the only way for a father to see their child. This is going to be better than nothing and it just means that someone always has to accompany you when you see your child.

It may not be the visitation rights for dads that you had in mind. It will be important to stick to the rules of supervised visitation. Otherwise, the hours will be taken away altogether.

However, in the absence of these grave factors, if a father is not chosen to have custody of the child they can be given fathers visitation rights in Nevada. Indeed, this is when the father can spend time with the child and visit them at home or take them out places. This can ensure that the father is still able to work and fulfill other commitments outside of parenting. 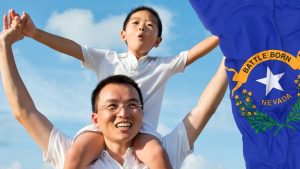 Parental rights in Nevada can be complicated and every state is different to how they approach custody and visitation for children.

Let’s summarize what we know about legal rights for fathers in Nevada:

When you are aware of your rights as a father, you are going to be able to enjoy custody or visitation to your child. Make sure that you are aware of the process in court so that you can spend quality time with your kids.