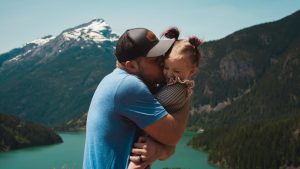 Fathers rights Montana grant male parents the opportunity to foster healthy relationships with their children. The state of Montana recognizes the constitutionally protected parents’ rights, as well as the integrity of the family unit.

It is also the policy of the state to recognize all the constitutionally protected rights of a child, including all fundamental rights.

Most importantly, it is in the child’s best interests to maintain a healthy relationship with the natural parent, read further to find out more about fathers’ rights in the state of Montana.

What Rights Does a Father Have in Montana?

Fathers in Montana have custody and visitation rights like the other parent. The state of Montana accords various fathers’ rights guided by the standard of “best interests of the child.” This standard provides that the equal involvement of both parents in a child’s life is in the best interests of that child.

What are Fathers Rights Montana Provides?

Fathers in Montana have the right to be involved in coming up with a parenting plan. This allows the father to decide whether one or both parents will be involved in making major decisions regarding the child’s well-being.

Such decisions include where the child will attend school, their religious affirmation, and their medical care. Furthermore, it is preferred that parents be jointly involved when making these decisions.

Besides the parenting rights, Montana fathers have the right to collect child support from the mother if they are named the primary custodian of the child. Such payment helps cover the costs of food, shelter, medical, clothing, educational expenses, and other costs relating to the child.

How To Establish Rights

Before a father can claim their parenting rights, they must establish paternity. “Paternity” simply means fatherhood. If it is disputed, paternity may be determined by a court or presumed by law.

But why is establishing paternity important? 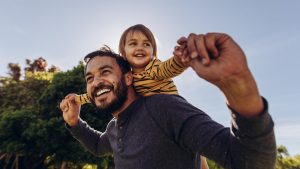 Parental rights in Montana aside, children also have the right to know their parents. By knowing their parents, children get a sense of belonging, which is crucial in a child’s upbringing.

However, if paternity is in doubt or disputed, it may be established through the following ways:

It is commonly referred to as DNA testing. Parents often turn to genetic testing when dealing with issues of child support. DNA test results are used to legally determine a child’s father. If paternity has already been established, then genetic testing may not be available.

A husband is presumed to be the child’s father if that child is both during the marriage. This is also the case if the child is born within 300 days of marriage termination (annulment, death, or divorce).

Paternity can also be established through a legal action where a court orders the establishment of the father-child relationship.

If a child is born to unmarried parents, paternity can be established by signing the Voluntary Paternity Acknowledgment Form as well as the Notice of Withdrawal of Paternity Form. By completing and signing the form, the father’s name is written on the child’s birth certificate.

Whenever parents are separating or getting a divorce, determining child custody becomes paramount. Parents need to understand the laws regarding child custody in Montana so that they better understand how to go about custody agreements or court proceedings.

Like in other states, child custody is determined in line with the standard of the child’s best interests. In determining these, a judge will look at various factors, including:

While a child’s wishes are considered by the court when deciding custody, it isn’t necessarily given preference or greater weight than the other factors. What’s more, custody laws in Montana don’t set a particular age at which a judge must consider a child’s preferences.

Instead, the judge evaluates the unique circumstances of each case. However, the older the child is, the more the likelihood of a judge taking into account their wishes. Aside from age, a judge will evaluate the ability of the child to make sound judgments.

Normally, the term “custody” is used to refer to physical custody. A judge can order sole or joint custody, meaning that one parent is named the primary custodial parent, or parents share the custody of the child. For legal custody, courts prefer that both parents be involved in making decisions regarding the child’s welfare.

Where the mother is made the primary custodial parent, the father is automatically granted visitation rights (or parenting time, as is now referred to in many states). While Montana child custody laws favor shared custody, this may not always be possible.

However, if the father is denied custody of the child, they may be awarded visitation rights to enable them to maintain a relationship with the child.

– Can a Montana Parenting Order be Modified?

Yes, family law in Montana allows for the modification of parenting plans (custody and visitation), at the broad discretion of the court. For an order to be changed, one of the parents has to petition the court to implement the modifications requested.

For the request to be granted, the court must establish that there has been a change in circumstances based on the facts that have arisen since the last order or that were unknown to the court at that time. Further, it must be established that the modification of the order would serve the child’s best interests.

Besides considering the factors used in determining a child’s best interest, the court will consider additional things, including:

– Is It Possible for a Child to Refuse Visitation?

A minor can’t refuse to spend time with the non-custodial parent. The Montana law states that anyone below the age of 18 is a minor. However, almost every issue that comes up in a child-parent relationship is reviewed by the court. As such, a court that is notified of a child’s refusal to visitation will look into the real reason for that refusal.

– Will the Court Consider the Parenting Preference of a Child?

A child’s wishes may be taken into consideration when a court makes a parental decision, though it may not be given greater weight than other factors. Since there is no predetermined age at which a Montana court must consider a child’s preference, a court will likely evaluate the ability of a child to make a sound decision. 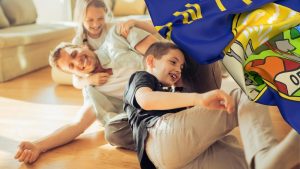 To reinforce the efforts of fostering a child’s relationship with both parents, Montana laws provide and protect various fathers’ rights. Below is a recap of what remember about fathers’ rights in Montana:

Parents can come up with a parenting plan that specifies custody and visitation of a child. If they can’t agree, parents can opt for litigation with the help of a family lawyer.

Fathers Rights Texas: Exploring the Rights of Fathers in the State

How Much Is a Divorce in GA: Divorce Process and Lawyer’s Cost