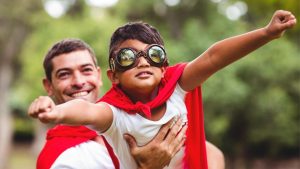 Fathers rights Iowa can be complicated, as every state has its own set of rules when it comes to child custody and visitation. Namely, whether the dad is married or not will play a big part in custody and visitation rights. It is important to understand the rights for single fathers so that you can ensure you play a part in your child’s life.

Let’s take a closer look at this topic.

What Rights Does a Father Have in Iowa?

Unmarried fathers rights in Iowa are going to be somehow restricted. Namely, you are not automatically entitled to claim custody or visitation rights. Instead, you will have to go through the step of establishing paternity. This is about proving that you are the biological father to the child.

It is important to note that married fathers rights in Iowa are going to be different to unmarried fathers rights. If you are married to the mother, you are automatically assumed to be the dad of the child. This means that you have the opportunity to gain custody and visitation rights if you divorce.

Do Parental Rights in Iowa Favor Mothers for Custody?

No, this is not the case in Iowa. This is a state that does not favor the mother nor the father when it comes to the welfare of a minor. Often, people feel like court systems favor the mother over the father when it comes to the custody of a child. Instead, the court system is focused on the best interests of that child and making sure they are going to be taken care of in the best environment.

In other words, the father and mother both have equal opportunity to gain custody of their child after they break up. The judge is less worried about what parent you are and more about if you are able to provide a stable, secure and safe home for your child.

In particular, it is worth noting that courts in Iowa do prefer to award joint legal custody. This means that both parents are going to have equal say in their life, as well as being able to have physical custody over their child.

Is Establishing Paternity Necessary in Iowa?

Yes, it is compulsory to prove paternity in Iowa for a father to exercise his rights. There are several ways an unmarried father can establish paternity.  For example, before a child is born, they can file a Declaration of Paternity. This can be done with the Iowa State Registrar of Vital Statistics. This can be later used as evidence in a case.

You can establish paternity after the child is born too. The Iowa Code states that paternity can be legally established when you file an Affidavit of Paternity with the State Registrar. In order for the registration of the Affidavit, the consent of the mother is necessary. This does mean that the mother can stall this route of paternity.

Unfortunately, when there is a disagreement between the mother and the father, court action might be necessary to establish paternity. The judge will have the duty of establishing paternity and often, they will ask for blood or genetic testing in order to do this. Once there is the establishment of paternity, the judge can also look at custody and visitation rights.

Fathers rights before birth are possible if you file a declaration of paternity. This means you can provide you are the father before the child is born in case you split up with the partner later on.

What Will Joint Legal Custody Mean for a Father?

Joint legal custody is when both parents are going to have custody over a child and have equal say in what happens in their lives. It can also mean that they enjoy shared care, which can also be referred to as joint physical care. The child will live equally between the two houses so that they are able to spend quality time with each parent. 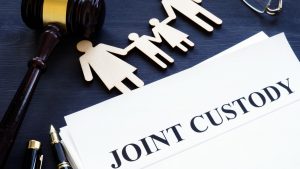 What Will a Judge Take Into Account for Awarding Sole Custody to a Father?

A judge will consider whether a father is able to support himself financially, as well as having a good lifestyle that is going to be beneficial to the child. Any immoral acts or behavior will jeopardize the chances of a father or mother gaining custody.

Often, a father’s mental health will be considered and if an illness will pose a threat or interfere with a child’s safety or health in any way. A parent who has a criminal record or has been found guilty of violent or abusive behavior will not be given sole custody of their child.

The court is going to consider what parent gets full custody of a child very carefully. This move has to be in the best interests of the child and, often, it means that there is a reason the other parent is not given partial or sole custody.

Can the Child Choose To Live With Their Father?

It is possible that a judge will consider what the child wants. However, this is not going to be a deciding factor in their decision. This will also depend on the age of the child, as well as their maturity. Every case is going to be looked at differently.

Most of the time, it will be parents or a judge that decides who the child is going to live with. Often, judges in Iowa do not like to put this type of pressure on a child in which they have to choose between their mother and father. Instead, they continue to go by the principle of what is best for the child.

Can a Father Claim Child Support?

Often, if there is one parent having full custody of the child, the other parent will pay child support. This is a regular sum of money that is important to look after and care for the child. The money can go towards any expenses that parent has, whether it is for food, clothing or the child’s education.

Can a Father Have Visitation Rights?

If a mother is given custody of the child, it is possible for fathers to enjoy visitation rights. This means that they are able to spend time and bond with their child if it is in their best interests.

The judge will consider whether it is appropriate to award visitation rights to a father. This means looking at the father’s actions and behaviors to ensure they are going to keep the child safe and look after their wellbeing.

A conviction of a crime may not mean that a father cannot see his child. But, it might play a role in how he interacts with them. For instance, it is possible to lead to supervised visitation, which means that someone always has to be present when they spend time with their child. 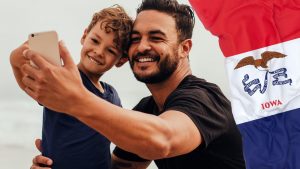 Most fathers want to play a part in their child’s life and this means you need to know your custody and visitation rights.

Let’s summarize what we have learned in this article:

Hopefully, you now have a better knowledge of fathers rights in Iowa. It is possible to gain custody and enjoy visitation when you know what your rights are and how to claim them.