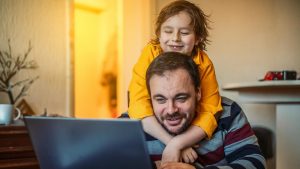 Fathers rights Alabama guarantees men a constitutional right to be involved in their children’s lives. Children have a complimentary fundamental right to free association with their parents, including their fathers. The Alabama Uniform Parentage Act emphasizes the need to foster a parent-child relationship.

This Act also provides that the court’s sole purpose should be to balance the parent’s rights and the child’s best interests.

How Can a Father Get Full Custody in Alabama?

Alabama family laws, which are responsible for deciding child custody and upholding parental rights, follow the “best interests of the child” principle to guide the decisions they make. The court will take into consideration the child’s needs, the desire of both parents, the parent-child relationship, and the parent’s living conditions.

In many cases, the mom is named the custodial parent. However, this should not discourage you to fight for your place since the father’s rights to physical and legal child custody exist. The courts cannot be biased in their approach and must grant sole custody to a father if he can prove that it is in the child’s best interest to remain with him.

While it’s possible to obtain full child custody rights for fathers, it’s crucial to get legal advice on the best way to get full custody and understand what the responsibilities entail. The process officially begins when the father opens a case.

Before filing, you may need to consider the following options for getting orders:

Most court cases require establishing a child’s paternity before setting up a child support order. Signing the father’s name on a birth certificate is not legal proof to determine paternity. Further, fathers may need to establish paternity to enforce their parental rights in Alabama, such as having a relationship and quality time with the child.

There are three ways to establish paternity in Alabama:

How To Establish Father Rights 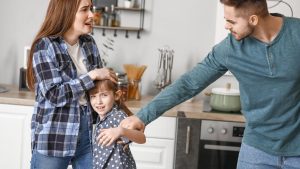 Many fathers are discouraged from pursuing their fathers custody rights Alabama because they believe the court will side with mothers regardless of evidence. On the contrary, a father’s custody rights are recognized by courts in Alabama. They view time spent with both parents as being in the best interest of the child.

Alabama Code 30-3-150 establishes the state’s policy that joint custody is preferred. When parents have joint physical custody, they both have the right to make decisions about raising the child. However, the time the child spends with each parent may not be equal. It’s commonly referred to as shared parenting.

The Alabama custody laws for fathers favor joint custody in cases where the father and mother have demonstrated the ability to act in the child’s best interest by sharing the responsibilities of raising the child. Full or sole custody is where one of the parents is responsible for caring for the child.

Often, even when joint custody is given, one parent is granted primary physical custody, and the other granted visitation rights. The visitation plan imposed on the parent by the court is meant to provide sufficient time to develop a meaningful bond with the child.

The duty to make child support payments is not limited to marriage. As a parent, it’s your responsibility to financially support your child or children.

Births to unmarried parents have been on the rise over the years. Due to this, there has been an increased focus on the fathers of children born out of wedlock. They are mostly referred to as alleged, reputed, presumed, or putative fathers, and many of them seek recognition for their legal rights and roles in raising their children.

An alleged father is a male who claims to be or is suspected to be the biological or a possible biological father of a child but whose paternity has not been determined. A presumed father is a man who is recognized as the father until the status is rebutted or confirmed in a judicial proceeding. A putative father is an alleged or reputed father.

Unmarried fathers rights in Alabama have historically been undermined more than the rights of unwed mothers. Yet, the U.S. Supreme Court has set in place constitutional protection of unmarried fathers’ parental rights. Enforcement of these rights allows the father an opportunity to establish and maintain a substantial relationship by letting him be involved in the child’s upbringing.

Alabama law states that a particular man is the father of a child if he was married to the baby’s mother when the child was born. In the case where a father was not married to the child’s mother, he should protect his rights by registering with Alabama’s recognized father registry. This is a database containing the identities of the men alleging to be fathers of children.

Effects of a Father in a Child’s Life

Historically, judges deemed mothers to be better parents than fathers. It was known as the “tender year’s doctrine” since mothers spent more time with kids while fathers were the breadwinners. However, studies have shown that fathers play a crucial role in children’s lives over time.

Fathers are capable caregivers and disciplinarians, which is vital to the child’s upbringing. Supportive, affectionate, and involved fathers greatly determine the child’s cognitive abilities, social development, and language, which are often central to their sense of overall well-being.

For these reasons and more judges endeavor as much as possible to keep fathers involved in the child’s life. 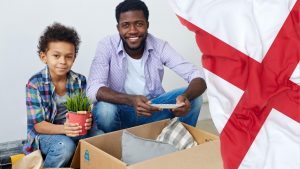 Here’s a recap of some crucial points to remember:

Alabama family law provides that fathers have the right to child custody as well as association with their minor children. Such rights ensure that fathers develop a bond with their children while rearing them. However, fathers’ rights may be terminated if they are deemed unfit to provide parental care to their children.

Fathers Rights Alabama: Understanding the Role and Rights of Fathers

What Does Child Support Cover and What Exactly Is It?

What Happens at a Final Divorce Hearing? End of the Life Span of a...

Divorcing a Narcissist Woman: Ultimate Guide for Your Reference