It is undoubtedly difficult to make your monthly payments while trying to pay your fees and care for yourself, especially if you have more than one child. Therefore, those parents who try to get out of child support do not necessarily stop caring for their children. Still, they are just trying to find a way to keep them moving.

How Does the Law Treat Child Custody? 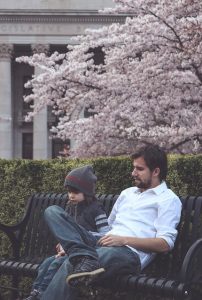 Courts will always rule in favor of the child. The family court system is made of skilled professionals trained to detect when a father seeking custody is simply doing to avoid paying support payments.

While sharing the child equally with the mother, the court may not absolve the father of all responsibility. However, suppose a father was to receive full custody of the child. In that case, the court may order that the father no longer be responsible for payments. This is highly circumstantial and unlikely. The court would need a valid reason and solid proof to remove primary care from the mother to the father.

Situations like these often include neglect and abuse, and the concerned must prove it in family court. The father would have to make the court deem that the mother is unfit. Often requirements like medical records, school reports, or photographic evidence would be enough to convince a court that a parent is fit or unfit.

Why Do Courts Prefer Joint Custody?

Child support payments can be a huge financial responsibility for a recently separated parent. It is understandable why a father might seek sole custody to avoid payment. Both custodial and non-custodial parents must know the rules of child custody and child support agreements.

When a father wants custody of a child, the father must present valid reasons to prove why the court should award him custody. Suppose the reason for wanting full custody is to avoid child support payment. In that case, the father should seek other methods to get reduced or absolved payments.

There are ways to avoid child support payments legally; however, it is best to go through the appropriate channels. The father can request to reduce support because of financial struggle or request termination based on the mother’s unauthorized use of funds.

Here are some essential things to consider for a parent who suspects a father is filing for these reasons: 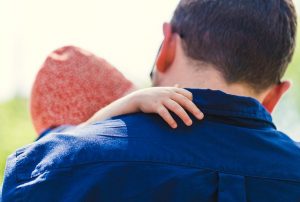 To stop child support, there are numerous routes a father can go through. They can seek to stop payments through the court. Child support payments may also end on a specific date that the court decides during a separate family support case or a divorce.

The court may also terminate support if the child turns eighteen. Once the court recognizes the child as an adult, the father has the right to suggest that support payments are no longer necessary.

Other instances where the court might end child support include if the child chooses to marry, joins the military, gets adopted, or is emancipated (i,e. free from parental care). In all cases, you must inform the court about any changes in circumstance.

The worst thing a father can do is avoid payments without court permission. Often a father will hide or lie about income to avoid hefty child support payments. If a parent attempts to hide funds from a court, a judge can hold them in contempt of court. This is the best way possible to make a judge angry. If both parties already have an agreement in place, and the court finds out about hidden funds, the father can owe back-pay child support with an interest of 10%.

Making payments by methods the court hasn’t approved of is also a common mistake. Many states use wage garnishment, where it subtracts the funds from the father’s pay. This ensures that the father makes all his payments on time. It is best to always report income changes to the court as well. Failure to do so could give a judge reason to hold a parent in contempt.

How does Sole Custody Allow a Parent to Avoid Payments?

The only circumstance where a parent can avoid child support payments is when the court awards them full custody. However, gaining sole custody does not indicate that the court will suddenly reduce all payments. There are many cases where child support remains intact in school fees, medical bills, food, and extracurricular activities.

Factors that can influence how much child support is due. It includes how much time the parent is around the child, the amount and age of all children, the school and childcare fees, and any other fees necessary to maintain the home. In a situation wherein the child custody agreement, parents were awarded equal time, the co-parent with the most income can claim the child.

Why may child support Payments stop?

There are some instances where a family court will rule that child support payments are no longer necessary.

Many parents would opt to stop payments because of what the other parent is using the money for. Suppose the father has suspicion that the mother is not making proper use of the funds he pays for child support. In that case, he should consult an attorney who must bring it to the court’s attention.

Often, when a father suspects the mother of pocketing the funds, he seeks other ways to avoid payment. Responsibility for child support payments falls on both the giver and the receiver.

A parent can avoid child support payments in ways that do not break the law. It is essential, before trying, to research state laws and consult an attorney. The best option is when both parents can come to a stable agreement on supporting the child.

How Much Is a Divorce in NJ: Cost of Marriage Termination

Husband Filed for Divorce Without Telling Me: A Guide on What To Do