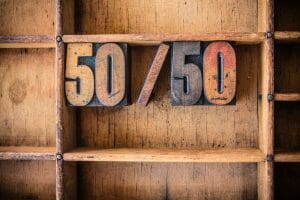 Do you pay child support with 50/50 custody? The answer is yes. These costs must be split between the parents if they have joint custody. This indicates that both parents share in the cost of raising their children.

Even if you earn more than the other parent or have much fewer expenses, you will still be forced to pay support.

Do You Need to Pay Child Support With 50/50 Custody?

You may need to pay child support with 50/50 custody as that alone does not necessarily absolve you from paying the required support. The question really boils down to money. If one parent makes much more money than the other, asking them to contribute more monetarily could be important.

Equalizing the financial responsibilities of the parents could not be feasible and could unfairly burden the parent with the lower income.

Who Has To Pay Child Support in a Joint Custody?

How Is Child Support Calculation Done in 50/50 Custody Situations?

The child support calculation in 50/50 custody situations is done according to the respective state laws. However, the income-sharing mechanism for child support is a characteristic of family law that’s uniform across all jurisdictions and it’s typically not necessary for parents with comparable monthly incomes to pay support.

However, given that it’s a complicated issue, there are no set rules for child support with 50/50 custody in the majority of the country. In accordance with the law’s variance, the courts typically decide who pays child support when there is 50/50 custody.

You should speak with local family law attorneys about 50/50 custody and child support arrangements so they can offer professional advice and aid in your negotiation.

The precise formula the California courts use to determine child support is CS = K (HN-(H%)(TN)). CS is child support, K is the total figure of both parents’ income, and HN is the parent who earns more in net monthly income. H% is the anticipated amount of time the higher earner will have child custody in comparison to the other parent, and TN is both parents’ combined net monthly disposable income.

Parents can utilize a child support calculator to get an idea about the kind of arrangement to expect.

What Factors Affect Child Support in Families With Joint Custody?

The main factor which affects child support in families with joint custody is parenting time. The court starts to determine child support by how much money each spouse earns. The court must also take other aspects into consideration, such as the resources each parent can provide to the child.

There are many factors listed below that affect the calculation of child support but the main is parenting time, which is discussed below. The timeframe has an impact on child custody. The distribution of parenting time is taken into account for calculating support obligations under many states’ child support laws.

Even parents who do not share parenting time equally could have their child support obligations reduced.

The number of overnights each spouse spends with their children is regularly used by courts to determine how parenting time should affect the amount of child support due. To assist co-parents in figuring out how many nights each will have over the course of a year, several court websites offer worksheets or parenting time calculators.

When adjusting child support obligations, several states additionally take “comparable care” into consideration. The term “equivalent care,” refers to time spent with one parent without an overnight stay but during which that parent nonetheless pays expenses that are essentially similar to those of parenting time with an overnight stay.

Although one of several factors, the time each parent spends with their child affects child support decisions. When child support is required in a situation where custody is split 50/50, this can depend on these additional criteria. Among these elements are:

It should be noted that, though the court has the authority to do so in a 50/50 custody situation, it is not required to. A judge may occasionally rule that monetary support is not required.

If Both Spouses Have Equal Income and Equal Parenting Time Do They Have To Pay Child Support?

If both spouses have equal income and equal parenting time, then either they have to pay equal support or other factors are used to determine the child support. Even though it is improbable, it may occur and it will affect the child support payments.

This scenario offers a potential exception to the general rule that, in case of separation or divorce, one spouse will be required to pay support.

According to the Kid Support Guidelines in some states, “Unless both parents have precisely the same income and spending for the child, there will be an obligation for children who spend exactly equal time with each parent.”

What Is the Purpose of Child Support in Joint Custody Arrangements? 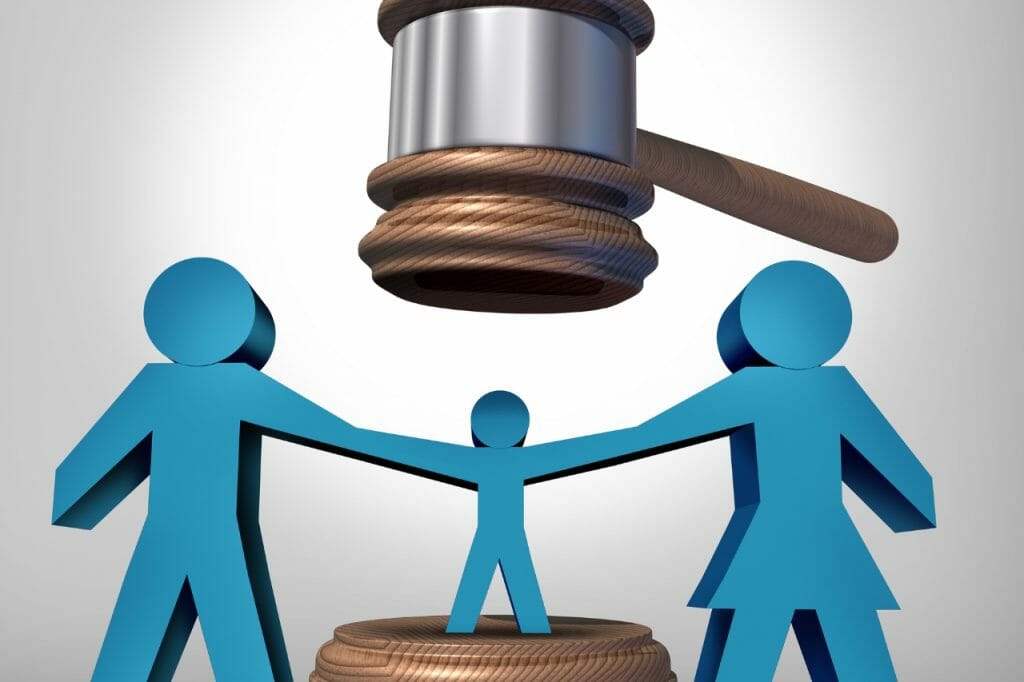 The main purpose of child support in joint custody arrangements is the welfare of the child. Child support agreements are fundamentally designed to assist the custodial parent with costs associated with childcare. So you shouldn’t have to pay support if both parents share custody, right? Wrong.

Even when the divorcing partners share custody, family court judges in some states have some discretion in deciding whether or not child support payments are necessary. The following are the factors that explain the said purpose:

Child support is typically given in the form of recurring payments from one parent to the other to cover the child’s basic needs and, in certain situations, additional expenses like private school, summer camp and other out-of-pocket costs. Basic child support pays for a kid’s needs, including clothing, food, shelter, regular expenses and extracurricular activities.

In a joint custody arrangement, child support is normally due from the spouse who spends the least amount of time with the children. This is to ensure that both parents are actively taking care of the kids’ needs. Additionally, it makes sense because the parent who is granted primary custody will be responsible for paying more out-of-pocket for child care than the non-custodial parent.

However, this rule will not hold true in a 50/50 split. The courts will consider financial factors rather than the amount of parental responsibility when determining child support when both parents share equally in joint physical custody.

In a divorce custody case where there is a joint custody split, if one spouse earns more, then that parent will probably be required to pay support. Even though both parents have equal custody, it might not be fair to hold them equally accountable for the child care’s financial aspects if one parent makes significantly less money.

Child support is not for the parent, it is for the child. In each case, a judge will decide on child support based on the welfare of the kid.

– What Expenses Does Child Support Cover?

The expenses child support covers are all costs associated with providing for the kid’s basic needs and requirements. Food, clothing and school supplies are included in what is known as the “Basic Child Support Obligation.” But there are other incidental expenses which are mentioned below.

The paying parent’s child support obligation may be enhanced (or “adjusted”) to cover health insurance premiums, uninsured medical costs, and work-related childcare after the Basic Child Support Obligation has been determined.

Child support orders can cover additional educational costs for private or special education. If they exceed 7% of the Basic Child Support Obligation, child support can be used to address financial responsibility for things such as camps, travel, and even music lessons or other activities that could aid in your child’s development. Additionally, parents have some latitude to agreeably deviate from the rules.

Higher education is a significant cost associated with raising children that is typically not paid by child assistance. In Tennessee, for example, the law does not compel parents to pay for their children’s college education. As a result, expenses like housing, books and college tuition are not taken into account when determining child support.

This does not imply that parents are without choices for assuring that their ex-spouse or partner will pay for their children’s further education. During the separation or divorce process, parents can discuss higher education costs independently from child support and can reach a legally binding agreement that is similar to previous agreements addressing the parenting plan, time, child support, property division and alimony.

How To Change the Child Support in the Case of 50/50 Custody?

– Reasons Considered by the Court in Child Support Modification

A parent who wants to ask for a change in the child’s support must demonstrate material changes in circumstances before the three years are over. These modifications could be:

The court will waive the $100 modification fee for parents who are on welfare or who make less than $1,000 per month.

– What if Someone Doesn’t Pay Child Support?

If someone doesn’t pay child support, they can find themselves back in court. Their license may be suspended if they fall more than 60 days behind on their support obligations. There are additional sanctions, such as wage garnishment or incarceration.

If you find yourself in such a scenario, you might ask for an order for income deduction if you are concerned that your ex-spouse won’t pay support as required. Your support will automatically be deducted from their pay if the court grants your request. 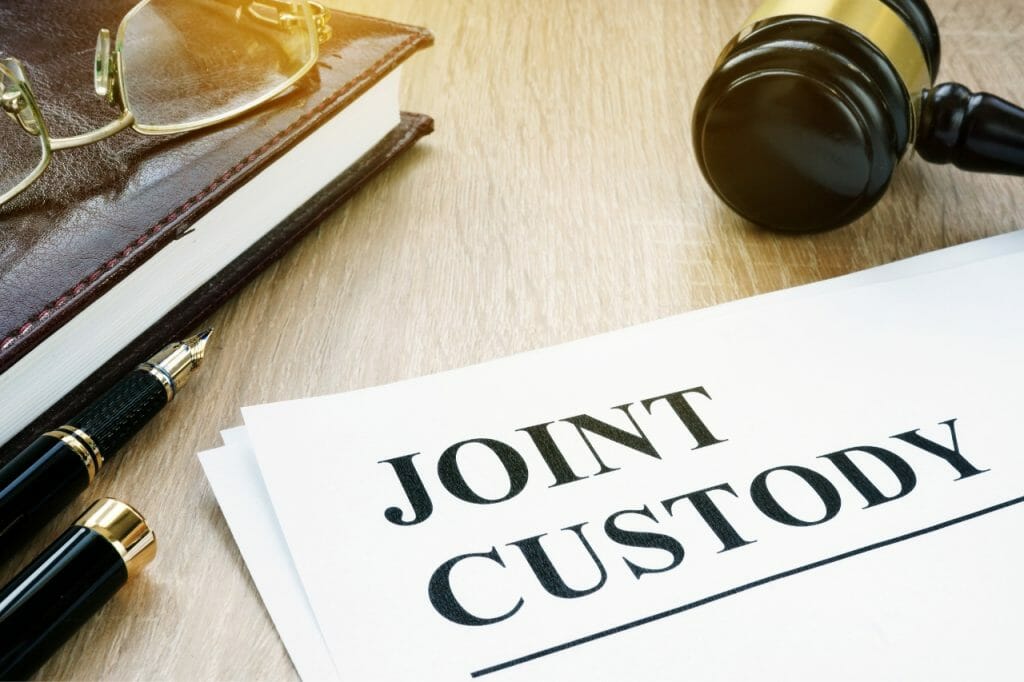 Child support and child custody are two independent arrangements in a divorce or separation proceeding. The amount of time each parent will have physical custody of the children is taken into consideration by the courts when determining child support, and a custody agreement could have an impact on that amount.

After getting half custody, you may not pay child support, but the situation may differ according to the court’s order. Thus read this article to know how and when child support is calculated and what the requirements are thereafter.

Legal Separation in Kansas: An Alternative to Divorce

What Questions are Asked in a Child Support Hearing?

At What Age Can a Child Decide Which Parent To Live With in Texas?