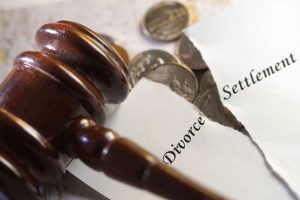 When you and your spouse decide to split, but you have a divorce car in both names, how do you know who gets it? Can you get a name off car title after divorce? Is it possible to remove spouse name from car title as well?

We’ll tell you everything you need to know about who gets the car after a divorce, including transferring a car title. Read on.

Car Title in Both Names Divorce Matters: Asset Distribution After a Divorce

Before getting deeper into this subject, we must first define some important terms.

Community Property: All You Need To Know

Different states have varying laws when it comes to asset distribution after a divorce. In some states like Arizona, California, Idaho, Louisiana, Nevada, New Mexico, Texas, Washington, and Wisconsin, all properties bought during the marriage become a jointly owned property or “community property.” This property will be divided evenly after the split.

Alaska is also a community property state, but only if the couples decide to treat their property as such.

Essentially, community property means anything that the both of you shared, or could share, during your marriage will still be considered to be jointly owned after your divorce. This includes your car and any movable goods such as appliances and furniture.

Equitable Distribution: All You Need To Know

Every other state not mentioned above uses equitable distribution to divide property during a divorce process. This means that property isn’t divided equally but in a manner that the court thinks is equitable.

This allows courts more discretion in deciding how to divide property and tailor an order that is most appropriate in the circumstances.

I Paid for the Car and My Name Is on the Title: Do I Get the Car?

As mentioned, this depends on which state you’re in. If you’re in a community property state, the answer is simple: you can share ownership of the car. Well, what happens if it’s not physically possible to share the car with your spouse because you moved to another city?

Remember that you are entitled to 50 percent of its value. You can decide who gets to take it, but whoever does must give the spouse half the value of the car. 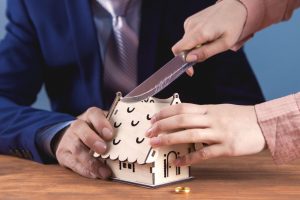 If you’re okay with it, instead of the money, your spouse could give you other property (e.g., furniture, appliances, the television) that’s valued at the same amount.

However, if you’re in an equitable distribution state, then it’s a bit more complicated.

In some states, such as California, having your name on the title isn’t enough. Rather, you must demonstrate to the court that it’s equitable that you keep it and not your spouse. Therefore, it may not matter that the divorce car is in your husband’s name.

Let’s assume that you paid for the car and your name is on the title. However, upon your divorce, your spouse, who is a stay-at-home mom, won custody of the kids. Since your ex-wife may need the car to do groceries, take the kids to school or dancing and swimming lessons, a court may rule that it’s equitable that she gets the car.

Say the car is currently valued at $4,500. This means that if the court gives the car to your spouse, then you will receive property valued at the same amount, or your spouse may be ordered to give you $4,500.

Premarital Asset: Are They Included in the Divorce Property Distribution?

If the car was bought before the marriage, it is considered a premarital asset, and chances are, only your name is on the title. Generally, courts will allow you to keep the car after the divorce.

How Do I Transfer Car Title After Divorce?

A “car title” or “title of the car” is a piece of paper that contains the name of the person that owns the car. In order to remove a name from a car title after a divorce, you’ll need to take the divorce decree to the local Department of Motor Vehicles (“DMV”). If it says that you’ve been awarded the car, then your spouse’s name will be removed from the title.

Again, depending on the state you live in, your ex’s cooperation or signature may not be required to get your spouse’s name off of the car title. Generally, you need to download additional forms from the DMV’s website (or pick them up physically from the DMV), fill them out, and submit them in person at the DMV.

Here, both the person transferring ownership and the one accepting it have to sign the necessary documents. The new owner must also show a valid insurance policy (but again, this depends on the state you live in).

If I’m the Owner, Do I Have To Pay the Loans?

That depends. If you and your spouse have an amicable divorce, your spouse can agree to pay the loan on the car even though you will be the one to keep it. However, it is always better to have such a provision included in your divorce agreement. This way, your former spouse can’t later deny that he made such a promise.

At the end of the day, it is better that you and your spouse reach the most suitable divorce agreement by yourselves. Once a court is involved in the decision-making process, you’ll have to accept the outcome. This means that you may not get the car even if you want it.

We understand that the legal formalities of divorce are painstakingly long and stressful. Sometimes, all you want is to just get it over with! However, keep in mind that you have certain rights over the property you bought together as a married couple.

Therefore, take a deep breath, chalk out what you think you may need, and then have a discussion with your spouse about the family car (and everything else). Don’t take less than what you’re entitled to.

We hope this guide has covered most of the questions you may have. If you still have questions, we recommend you consult a qualified family lawyer who primarily deals with the division of marital assets.

We hope everything works out in the end.

Fathers Rights Texas: Exploring the Rights of Fathers in the State

How To Get Full Custody After Joint Custody: The Complete Process