In the spirit of improving court efficiency and credibility through the swift administration of justice, courts have always been eager to render some cases dismissed for want of prosecution. For the court to dispense speedy justice, it resorts to such actions to eliminate the unnecessary delay of proceedings.

In a bid to prevent undue delay of proceedings, the court created a remedy for this issue.

The legal remedy, which is dismissal for want of prosecution, will be discussed at length in this article.

Dismissed for want of prosecution or DWOP for short is common when there has been an inexcusable delay in the trial. It usually happens in cases when a party fails to seek relief before registering an appearance and before the trial or divorce hearing of which the attorney or party may have had notice.

What Does Dismissed for Want of Prosecution Mean In Divorce 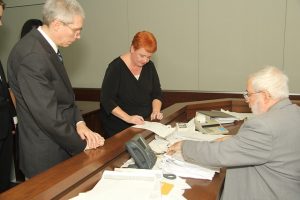 The implication of dismissal for want of prosecution in divorce cases is undesirable because this implies that justice is yet to prevail. The court informs the parties to the divorce proceedings knowing that it will not decide because it has dragged on for too long.

However, you have a chance to prove that your absence from the court is due to the right reasons. The time-lapse for this chance is usually within 30 days in divorce cases. If you fail to utilize this chance, then your divorce case will be dismissed, thereby leaving you with your marriage intact. You will still be a married couple according to the law.

Historical Background to the Claim to Dismiss for Want of Prosecution

The rationale behind the claim to dismiss for want of prosecution was to avoid anything that prevented the court from granting speedy justice. The underlying principle behind this rationale is that the defendant has a right to seek a dismissal of a claim if the other party is not doing anything. In this case, the defendant is not obligated to notify the plaintiff of the former’s action.

Now more than ever, the jurisdiction of defendants to seek dismissal for want of prosecution raises the risk of the plaintiff seeing his court case dismissed. In Denton and Others v TH White (2014), Lord Justice Jackson stated that what litigants seek to achieve is finality and not procrastination.

Dismissal for Want of Prosecution in Practice 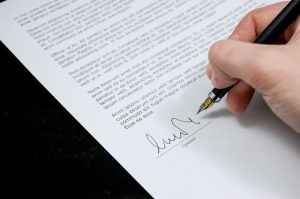 Suppose your case is dismissed for want of prosecution.

In that situation, it usually suggests that there has been no action in your case for a long time. You may have missed a trial even though you received a notice. A case can also be dismissed for want of prosecution if the party or his attorney has failed to request a divorce hearing or take necessary steps. These steps are usually made clear by the court within 15 days upon which involves announcing its intention order through mail or any other appropriate means to dismiss for want of prosecution.

When the court strikes out a case for want of prosecution, it is customary for the court to inform the parties and their attorney of its intention to dismiss. If attorneys do not represent the parties in the case, the court addresses its notice to the address shown on the docket. Another means is through filed papers in the build-up to the litigation through the United States Postal Service.

The issuing of such notice is usually in compliance with the provisions of Rule 306a. This notice is usually to notify the concerned parties of the shortlisting of their case for dismissal on a specific date. Consequently, the court places such a case on a dismissal docket (usually the list of those cases).

Dismissal for want of prosecution prioritizes the public’s interest in bringing finality to litigations. At the same time, it preserves the courts’ integrity over each party’s private interest in the adversarial litigation. Rule 1-3(1) of the supreme court rules provides that the Supreme Court Rules’ object guarantees the seamless, speedy, and inexpensive determination of each proceeding that comes before the court on their merit. The Supreme Court (Rule 1-3) was taken into account by the supreme court in the Lindholm v. Pollen (1986) case, which further adopted the rationale behind a dismissal for want of prosecution.

It provided that the principle behind litigation is that it can resolve disputes diligently and expeditiously. This principle also applies to any form of dispute resolution. The judge further stated that the court’s ultimate purpose is to ensure that every trial progresses speedily, justly, and inexpensively – based on its merits. He also added a judgment is considered just only if the determination of a lawsuit is within a period where the witnesses can still recollect the facts.

In what was billed as an authority for cases relating to an order of dismissal for want of prosecution (DWOP), The judgment of the house of lords in Birkett v James (1978) AC 297 remains ever-instructive.

Though under the pre-CJR regime, the courts reserved the authority to dismiss cases where it had sufficient cause to believe that there was:

These conditions are, however, subject to the discretionary exercise of the court. For the court to consider an action to be intentional, the court delves deeper into the case’s surrounding facts to find a want of compliance with its rules or a failure to abide by a peremptory order.

In determining whether a case is justified for dismissal due to inordinate delay, the court has to be extra careful before exercising this code. This caution is due to the relativity of what may be considered an inordinate delay in different cases. For instance, what might constitute undue delay in a case revolving around personal injuries may differ in more complicated commercial cases.

By and large, the court exercises a careful consideration of the effect that such delay might have had on the case before ruling accordingly. For the court to strike out the case for want of prosecution due to inordinate delay, so she must have been deemed to be immoderate, excessive, and irregular in the circumstances (as seen in MuiYfield Properties Pty Ltd v. Erik Kolle & Associates). 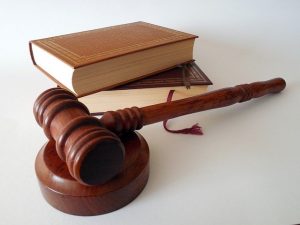 However, the Birkett v James case took a different turn when the Appeals court took a different approach. With an emphasis on the second, more commonly used criterion, the court held that it would no longer be sufficient for a mere delay on the plaintiff’s part to ground a dismissal for want of prosecution.

However, there are exceptions to this decision, and they include:

He further stated that the very foundations of the reasoning behind why a claim may be struck out or dismissed for want of prosecution must be an abuse of the court process. He also further stated that he found it difficult to think of any case where the court might have struck out a case for want of prosecution unless there had been a show of abuse.

The case of Ellis v. Wiebe was about the defendant, Wiebe, who applied to summarily dismiss the plaintiff’s lawsuit for want of prosecution caused by an inability to prosecute the matter brought before the court within a timeframe that demonstrated an enthusiasm to pursue finality to the litigation. However, per Madam Justice Bruce, the court held that the sluggishness to prosecute the action could have been inexcusable. But there was no sufficient proof to show any prejudice.

She argued that if the plaintiff is to establish an undue and inexcusable delay, then a presumption arises that the defendant has suffered prejudice. The onus then shifts to the plaintiff to show that such discrimination may be against the court’s interest to dismiss the action. 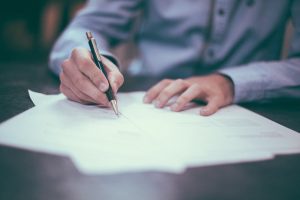 In the case mentioned above, the court ruled that while there might have been an inexcusable delay, all of these amounted to no prejudice on the part of the defendant.

In light of this, the claim would be lacking in merit, and the court will not grant the action brought for a dismissal for want of prosecution. The court, in this case, proceeded to dismiss the claim of the plaintiff on its merit.

Guide To Alimony in Massachusetts: How You Can Get Financial Help

How To Find Out if Someone Is Divorced: Steps and Rules To Be Followed