A widespread concern many spouses or parents have is the custody of the child after the death of the mother. In other words, what will happen to the child if the mother was the custodial parent and dies suddenly? Well, there’s no correct answer to this question. Such cases are very complicated and require professional assistance.

How To Get Custody of a Child After Death of Mother? 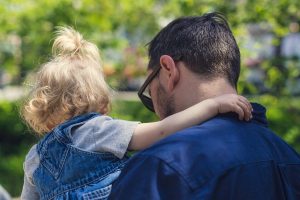 Since each divorce and custody battle is different, it is not easy for the court to decide who should receive custody of child when parent dies.

Some possible candidates who may be willing to serve as guardians include:

In the case of a mother’s death, the non-custodial father may be eligible to take over the child’s custody. For this to happen, the father will have to establish paternity, and the court needs to acknowledge paternity formally.

For this to happen, you will need to provide one of the following legal documents for child custody if mother dies:

Without a valid AOP (acknowledgment of paternity), a divorced father will not be eligible or have full rights to take over the child’s custody. In this case, the father will have to go to court and prove his paternity. Suppose you didn’t sign your child’s birth certificate. In that case, the court might modify it if you establish your paternity after this certificate’s issuance date.

The biological father can request or initiate paternity testing after the death of the mother. Laws and procedures for acknowledging a child’s paternity differ from one state to another. Hence, it is crucial to refer to your state’s child custody procedures when gathering information about what to anticipate when initiating paternity testing.

As a father, you will guarantee certain rights when signing an AOP. Although they vary with each case, they will typically include the following:

Nevertheless, signing an AOP does not immediately ensure the right to child’s custody or visitation. This can be a long and challenging process; however, if the father accepts to pay for child support, it shows his willingness to be involved in his child’s life. In such cases, the court can override new guardians’ wishes if they won’t be willing to grant the father the right to visitation. This ensures the child’s chance and ability to build a relationship with his surviving parent.

The court decides who gets the guardianship of child after mother dies. For instance, the court can choose a relative or a family friend as the child’s legal guardian.

This happens when a custodial parent dies, and any of the following circumstances are present:

Individuals considering becoming the child’s guardian should immediately step forward and tell the court about their existing relationship with the child or any related experience or qualifications.

What are the Duties of a Guardian? 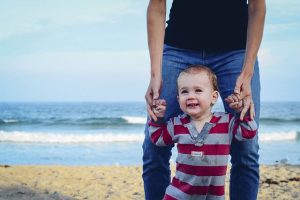 A legal guardian has the right to make legal decisions on behalf of the child. Legal choices include the place they live in, the school they will attend, and any decision regarding his medical care.

In addition to that, legal guardians are responsible for several other things since the court grants them legal and physical custody.

Therefore, they must fulfill the same obligations of a parent towards their child, including:

Guardians have a legal obligation to act truthfully and responsibly when it comes to the child’s finances. In other words, guardians must always act in good faith, exercise good judgment, and treat their ward’s estate as they would their own.

Moreover, guardians should leave the funds of the ward always separate from their accounts. Hence, if the ward suffers a loss due to the guardian’s breach of fiduciary duties, the court can hold the guardian legally responsible for its financial losses.

A child might become a ward of the state if, after his mother’s death, neither the father nor any other third party can care for him. Although this stands out as the least favorable option, it may become the only one.

In such cases, the child enters the foster system, and the concerned family members or friends will not choose a specific foster home or location.

Adoption might be possible through the foster care system; however, most foster children never find adoptive families. Therefore, it is preferable if concerned family members volunteer as guardians.

Will the Court Decline Child’s Custody to the Surviving Parent?

These exceptions include the following:

Custody of a child when parent dies is a challenging and challenging matter. It is essential for a child to feel safe, valuable, and cared for. In case you have any concerns related to child custody and residence after the death of his custodial parent, it would be best to seek professional advice from a skilled lawyer. This last will guide you through the entire process and help you determine the best options available.

How Much Is a Divorce in Mississippi? A Brief Estimation of the Costs

How to get child custody when parents living in different states