Covenant marriage is when the marrying parties pledge to stay together for the remainder of their lives. It does, however, allow for divorce covenant marriage in a restricted number of circumstances, which are as follows:

There are only two sorts of weddings in Arizona: covenant and non-covenant marriages. Covenant marriages were not lawful in the state until they were codified and made a law on August 21, 1998.

Before joining into a covenant marriage, there are additional prerequisites. There are constraints if the couple later decides to divorce, whereas a couple who enters a non-covenant marriage can divorce or split without cause.

What Is a Covenant Marriage?

Three states in the United States allow covenant marriages. They are Arizona, Arkansas, and Louisiana.

The majority of people join into covenant marriages for religious grounds. Before entering into a covenant marriage, however, both partners must be aware of the full scope of their commitment.

What Are Ways To Enter Into a Covenant Marriage?

When you file for your marriage license, you must also sign a statement recognizing your intent to join a covenant marriage. 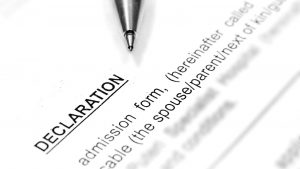 Apart from the conditions mentioned above for entering into a covenant marriage, another distinguishing feature is that the court can only issue divorce or legal separation in a limited number of circumstances. Because of the high divorce rate in our country, supporters of covenant marriages argued that making divorce more difficult would be a good thing.

For example, reasons for a covenant marriage’s divorce or legal separation include, but are not limited to:

Divorce can be a challenging process to go through, and if you’re in a covenant marriage, there are a few additional standards to meet.

Advantages of Covenant of Marriage

There are various advantages of the covenant of marriage which are as follows:

In a contract marriage, you’re miserable throughout the winter because you’ll already have one foot out the door thinking about divorce, which means the motivation to work through marital problems is lowered if one foot is already out the door. If you’re in a covenant marriage and you’re unhappy throughout the winter, you’ll ask yourself if adultery, abuse, or abandonment is taking place, and if it isn’t, you won’t be able to divorce.

As a result, the only way to tackle the difficulties is to dig deeper and work harder. Because divorce is not an option, you may require outside assistance and resources.

Learning to share power is a good way to improve your character. If you were in a contract marriage, you’d probably just get a divorce because of the fighting and carry on your pattern of not sharing power into your next relationship.

Another example is if your marriage is going through a hard patch because you’re not very empathic and your partner is constantly irritated by you. Because divorce is not an option if you see marriage as a covenant, your partner’s complaints are an opportunity to enhance your character by being more compassionate.

If you considered marriage as a contract, you’d probably get a divorce to get out of the marital strife and then carry on with your pattern of lack of empathy in your next relationship. Sticking it out through the inevitable ups and downs of marriage allows you to get feedback and improve as a person and partner.

Start perceiving your marriage as a covenant if your partner is understandable and ready to improve your relationship, and you want to reap the benefits of enhanced emotional and physical closeness, higher motivation to settle issues, and possibilities for personal growth.

The decline in marriage stability in the United States has been severe. According to a survey published by the CENSUS BUREAU in 2002, over half of all first marriages result in divorce. After most states enacted no-fault divorce laws, which made it much easier for married couples to break their marriage contracts, the divorce rate began to climb in the 1960s and surged in the 1970s.

By the 1990s, a tiny but outspoken group claimed that divorce was too simple. Previous generations of husbands and spouses had figured out how to solve their problems and keep their relationships together. Divorce regulations in place at the time permitted spouses to end a marriage at the first sign of difficulties.

These concerns prompted Louisiana to pass the country’s first covenant marriage laws in 1997. The law created two types of marriages in the state: conventional marriage contracts with fewer formalities for formation and dissolution and covenant marriages with more strict standards for entering and quitting a marriage.

Covenant marriage supporters regarded it as a method to strengthen marriages and families. Opponents raised their reservations. They were worried by the establishment of a marital contract with religious overtones—in Christianity, the word covenant refers to a commitment between a man and God. Critics also pointed out that the increased standards would come with more expenditures.

For couples who desire to join into a covenant marriage, the law stipulates three important requirements:

Premarital therapy by a priest, pastor, rabbi, clergyman of any religious denomination, or a professional marriage counselor is also required before getting a covenant marriage certificate.

For premarital counseling to be accepted by the state, the couple must sign a notarized affidavit, attested by the counselor, stating that

When the couple submits both the affidavit and a signed statement of intent to engage in a covenant marriage, the state issues a marriage license.

A husband and wife are expected to commit to a lifetime partnership once they marry. The law, on the other hand, understands that some couples will want to divorce or split. The covenant marriage requirements compel a spouse to seek counseling before proving one or more of the statute’s reasons for separation or divorce.

Further, Arkansas’ covenant marriage law (Covenant Marriage Act of 2001) was enacted in 2001. Between 1999 and 2002, at least 16 other state legislatures considered bills but did not pass them. 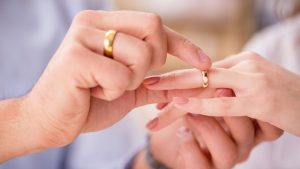 In conclusion, evidence of any of the circumstances outlined above for legal separation will suffice to get a divorce from a covenant marriage.

We hope that you can now make legally informed choices when it comes to a covenant marriage.

Alimony in Mississippi: How To Obtain It During a Divorce

Grandparents Rights in Idaho: A Complete Guide and Related Laws

Dissolution or Divorce | What is Your Best Option?

Action For Dismissal For Want Of Prosecution