One of the greatest misunderstandings about divorce is the concept that all will be over quickly and that the two parties can get on with their lives as if it never happened. Unfortunately, divorce can take longer and cost more money than imaginable. The average divorce process requires one to two years and varies in cost from several hundred to several thousand dollars. 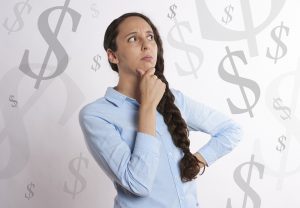 Other financial issues can include a new rental or mortgage payment for a separated spouse, as well as new alimony and/or child support payments to be made for both the short and long-term. In general, it is best to accept the changes that are occurring and be prepared for money to be in short supply.

Another misconception is the fact that, in concert with the marriage dissolution, each party receives half of what was shared. Unfortunately, it is not as simple as that. In addition to actual costs involved with a divorce, there are future considerations. For example, spouses do not necessarily earn the same amount of money or possess the same potential to earn money in the future. Also, many couples are extended financially beyond their combined means. Oftentimes, the financial structure of a given household is particularly frail and both parties can be swept away by a powerful event such as divorce.

The costs involved in a divorce may require a change or reduction in the quality of lifestyle. For one, attorney fees and court costs will become an everyday part of life as might those of other divorce-related professionals and will now cut into previously disposable income.

There are potential financial risks as well. For example, if a present or former spouse in defaults on a loan, commits fraud, files bankruptcy, becomes disabled or even dies. It’s important to analyze the particulars of your case so that all financial connections are thoroughly dismantled and potential risks for the future minimized.

A Glance at Tax Implications

Perhaps the greatest risk involves tax implications of the financial transactions about to be undertaken in conjunction with the divorce. On the surface, the transfer or sale of property might seem to be simple enough but in the eyes of the Internal Revenue Service, these actions may be considered a “taxable event”. In short, never discount potential tax liabilities for any and all transactions. Generally speaking, the transfer of real estate in concert with divorce is nontaxable, however, any property acquired as part of a settlement will be held accountable in the future. For example, you would be held accountable for ALL GAIN (i.e., profit) on a property or asset sold from the time it was purchased JOINTLY, not from the time it was received as a result of settlement. Also, decisions with respect to how to file tax returns can be of great significance. How will the return monies or added liabilities as dictated by the IRS be divided? Perhaps the best way to protect yourself is to consult with a tax accountant or related professional who can best advise with respect to implications involving federal tax return filing, as well as property and asset division and the resulting tax liabilities incurable.

A Glance at Property Distribution
When reaching conclusions with respect to property and assets to be divided, generally the experts agree with the old adage that goes “take the money and run”. For example, let’s say that John and Suzie are going through a divorce. John has offered Suzie two options. She can have a BMW worth $50,000 or a mutual fund worth the same amount. She also has the choice between a secured note promising $1000 dollars a month for the next ten years or a payment of $120,000 at time of settlement.

The two concepts that should help Suzie make a decision are the time value of money and inflation. Suzie ought to take the mutual fund because it can be converted to cash, whereas the car will depreciate in value and might not command the same resale price as the converted mutual fund. She also ought to opt for the lump sum payment for two specific reasons. One would be inflation; even with an inflation rate that is at its minimum, the value of the money received in the future does not have the buying power as it would today. There is also the risk that John could either default, or worse, die and she would never receive those monies. It is for these reasons that it is accepted that it is better to accept cash or liquid assets now, as opposed to property or the promise of future payments.

Understanding Your Options
It is very important to analyze all aspects of any potential monetary settlement, both present and future, before reaching  major economic decisions with respect to the final settlement. For example, accepting property without accounting for future maintenance and personal lifestyle conditions could bestow an enormous and potentially unmanageable obligation to be reckoned with in the future. This would be just another reason it is potentially beneficially to seek the advice of financial and tax professionals.

What is Divorce Financial Planning?