The grounds for contempt of court are as follows:

The responsibility of providing proof of avoidance falls typically to the accuser. 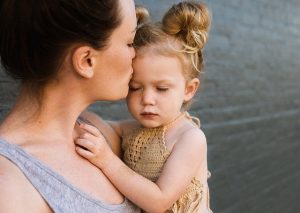 It is essential to understand that punishment for contempt of court in family court rarely includes jail time. The court will consider prison only in extreme circumstances where it suspects neglect or illegal behavior.

The purpose of the court order is to help agree without resorting to criminal punishment. In most cases, the family court will adjust the agreement before considering the sentence. Fines and back payment of child support are expected consequences of being held in contempt for custody violations.

What happens when someone is in Contempt of Court for Child Custody?

When someone is in contempt of court for child custody, this means they violated a court order by not adhering to its precise terms and conditions. When it comes to child custody, there are certain circumstances that the court will take into consideration, like who is the custodial and the non-custodial parent.

Thus, keep in mind that the custodial parent is the parent who possesses sole custody and is responsible for most of the child’s affairs. The non-custodial parent is usually ordered to pay child support payments and receives scheduled visitation rights.

Contempt of court penalties can vary from minimal to severe. In cases where the non-custodial took the child out of state without the proper authorities’ permission, the court will take visitation rights from the parent and sentence them to jail time.

When it comes to contempt of court punishments, there are two types of violations, criminal and civil.

Civil contempt usually consists of child support agreements or failure to abide by non-financial court orders, like a restraining order.

Additionally, there are two versions of contempt. Violation of a court order contempt or disrespect towards a judge or police officer form of contempt. Usually, in these situations, the offending party is removed from the situation and held to encourage appropriate behavior.

For contempt of court child custody matters, if the judge finds the parent in violation of the terms, he can impose certain sanctions:

The most common causes of contempt of court child custody penalties come from failure to pay child support. However, if the non-custodial displays financial hardship and provides evidence, the court might reduce the payments. If there are scheduling conflicts, the non-custodial parents can have the agreement modified to fit their work schedule. 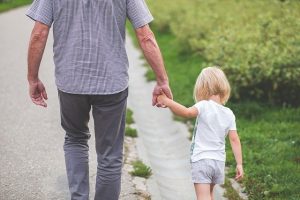 A court-ordered supervised visitation is one of the more common penalties for violating a court order, being held in contempt, or if the court is concerned about the child’s well-being.

The court may order supervised visitation because of the following:

Child visitation orders are generally straightforward when both parents agree. If so, the parties should present the order in front of a judge for a signature. You can only modify the custody order in family court. The court will always act in the child’s best interest considering factors including financial stability, domestic stability, the child’s desires, and the parent’s background and history.

Modification of the order usually occurs when one parent’s situation has changed either for the better or the worst, requiring the initial order to be updated or revised. Usually, this includes a change in financial stability, emotional distress, scheduling conflicts, etc.

It is essential to understand that child visitation is a privilege and more than just a family court’s right.

A draft of the agreement may include:

You might be able to revoke or suspend visitation rights as soon as you get them. However, the custodial parent is not permitted to refuse visitation without court approval. 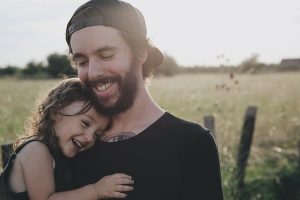 Are there any Risks to Filing for Contempt?

When you report a violation of a court order, you should be ready for a list of things that could happen. Filing for contempt can allow the non-custodial parent a chance to modify the agreement. In some situations, this might not always play out in your favor—for example, petition for lower child support payments.

Filing can also put your behavior in question. Have you been following the rules detailed in the order? You could be at risk of walking into court with the intent of resolution but leaving with a punishment. It is also essential to make sure that you have a valid reason for filing. Complaining about minor violations will only waste time and could damage your credibility if something serious happens.

Filing can also create hard feelings in custody matters. Taking someone to court should always be a last resort when it comes to custody. There is also the risk of losing and having to pay for it.

Courts will always have the well-being of the child in mind. It will rule in favor of the capable parent. However, there is always the possibility of gaining more custody rights in the future when you display better financial stability.

How Much Is a Divorce in Florida: Guide Related to Cost Considerations

Who Is the Plaintiff in a Divorce? Key Terms and Their Definitions