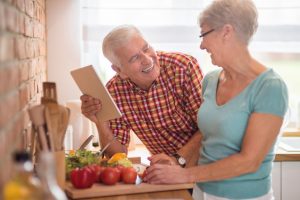 For this type of marriage, parties don’t have to go through legal formalities such as having a ceremony or getting a marriage license. This article discusses the validity of common law marriage in Vermont and its other aspects.

Vermont recognizes common law marriages established in other states due to Article IV of the U.S. Constitution. It requires states to give “full faith and credit” to other states’ laws, including those regarding marriage.

But what about the spouses who worry about the validity of their common law marriage in Vermont may opt for a formal marriage for various reasons, including financial reasons and maintaining joint health insurance. However, contracting into a formal marriage isn’t an option for some. So, what options are viable for couples who want to remain unmarried and enjoy the rights and obligations of a common law marriage?

To be a domestic partner in Vermont, parties must:

A domestic partnership or civil union in Vermont allows couples to share property while alive and inherit it upon the death of one party. Further, these relationships may confer medical care, employee benefits, and estate planning rights to the partners.

In Vermont, domestic partnerships also allow employees to get fringe benefits for their partners that would have otherwise been limited to married spouses. Further, Vermont provides domestic partner benefits to state employees through the State’s Personnel Policies and Procedures.

These benefits include medical benefits, visitation, and bereavement rights. Unmarried state employees who wish to receive health and dental insurance for their partners can contact the Department of Human Resources for an application.

Unmarried couples can sign cohabitation agreements to sort out property and finance issues before and during separation. Essentially, they serve a similar purpose as prenuptial agreements. If a cohabitation agreement isn’t about contracting sexual services and meets the requisites of a binding contract, a court can uphold and enforce it.

However, like with prenups, cohabitation agreements can’t dictate specific issues that concern children, such as custody and support. Usually, the court decides what is in the child’s best interest upon the divorce or separation of parents.

Another way unmarried couples in Vermont can establish their rights and obligations is by setting up powers of attorney. According to Vermont marriage laws, a competent party may assign another person the role of “attorney-in-fact” to handle their financial matters in the event of incapacitation.

Suppose there is a provision that a power of attorney shall not be affected by the principal’s subsequent incapacity or disability. In that case, it can be extended to when that person is incapacitated. If a person doesn’t set up power of attorney, the court gives a family member the power to make decisions on behalf of the incapacitated individual.

Vermont laws state that a power of attorney doesn’t grant the authority to decisions regarding health care. An unmarried person may also state their preference for a guardian. The document showing their preference will be executed similarly to a will.

Vermont law allows any individual, including an unmarried party, may appoint an agent to decide about matters on their behalf upon incapacity, incompetence, or death. Such a person can give their agent an advance directive that can:

State the health care type wanted or not wanted.

Unmarried parties need to note that in the absence of an advance directive, health care providers and funeral directors turn to the next-of-kin or spouse for a decision. A person can revoke the advance directive by a clear revocation expression or creating a new advance directive.

A person who is neither married nor in a civil union or lacks a will may have their property passed on to their children or family when they die. A will might be necessary if they wish to pass property to another person, such as a partner. Even if an unmarried person has few properties, they can state the person appointed to administer their estate in a will.

– How Do You Prove Common-law Marriage?

Also, both parties must hold themselves out as a married couple. This could be achieved by living together as husband and wife, using the same last name, or presenting yourselves to family, friends, and the community as a married couple. Parties should also refer to each other as “husband” and “wife,” open joint bank accounts, file joint tax returns, share incomes and expenses, and wear wedding rings.

– What States Have Common-law Marriages?

Only a few states allow common-law marriages. They include:

In states that allow common law marriage, the union is characterized by:

Common-law spouses also have the same legal obligations as formally married couples. They have to protect marital property and support each other. However, your relationship must meet the common law marriage criteria if you’re to take advantage of rights and obligations.

In addition to living in a state that allows common law marriage, parties must meet the basic marriage requirements under state laws. Generally, these include:

Common law marriage, often called informal marriage, allows partners to stay unmarried but enjoy the rights and obligations of a formal couple. While the laws concerning this type of marriage differ between states, it is a legal concept that is fast losing popularity. In this article, we have discussed common law marriage in Vermont and explored some of its alternatives. Here are some points to provide a brief of the discussion: 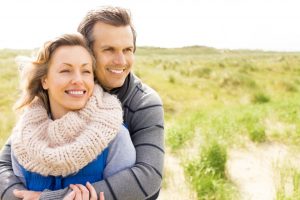 Choosing to stay unmarried but live with your partner doesn’t mean missing out on spousal benefits and obligations. By speaking to an attorney, you can better understand how to protect such rights and make your relationship in Vermont official.

However, the easiest way to protect the rights and obligations of marriage remains to formalize your relationship through a ceremony or obtaining a marriage license.

How Much Is a Divorce in NC: Analysis of the Charges and Fees

Parental Alienation Texas: The Signs and How to Address Them

Husband Selling Assets Before Divorce: What Can You Do?

Divorce Car in Both Names: Who Gets To Drive It Home?