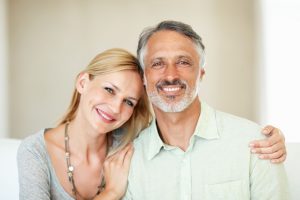 Common-law married couples don’t go through the formal process of solemnization or getting a marriage license but live and do things as any other traditionally-married couple. In this article, we’ll discuss how the Palmetto State treats the legal concept of common law marriage.

Yet, it is important for couples wishing to stay unmarried to address their relationships proactively. Opting into relationships or contracts equivalent to marriage gives such couples similar rights and obligations as formally married spouses. Specifically, such alternatives provide rights such as:

By entering into a marriage-like relationship in South Carolina, parties also have certain rights on the death of their parties. Some of these include:

Below, we look at alternatives to common law marriage or remedies the state provides for unmarried parties living together.

Establishing a domestic partnership is one of the ways cohabiting parties may establish the rights and obligations of marriage. According to one state statute, cohabitation is the continuous and habitual dwelling together of a man and a woman in an intimate conjugal relationship not formalized as a marriage per the law or not essentially meeting the South Carolina common law marriage requirements.

Other aspects that may be affected by a domestic partnership include medical care and estate planning. A cohabiting couple living together as though they were married may have the same rights to medical care decisions as any other spouse or be considered each other’s heir under the law.

Domestic partnerships may also enable a party to create trust in the property of the other. Even without a trust, a court may declare a resulting trust if there is evidence that cohabiting parties intended to create a trust.

Unmarried parties who wish to live together but remain unmarried may establish financial and emotional security by creating and signing a cohabitation agreement before moving in.

The law allows cohabiting parties to establish rights as formally married couples by creating agreements that make detailed provisions for the property both parties have now, that which may be acquired in the future, and its disposition in the event of a breakup or death.

In South Carolina, contract-based remedies may be useful, as express contracts between nonmarried partners may be enforced unless consideration is based on sexual services. In the absence of an express contract, the court can evaluate the parties’ conduct to determine whether an implied contract exists.

While express and implied contracts offer an avenue to protect unmarried partners’ rights outside formal marriage, they may not always provide a complete solution. That is because most cohabiting couples are less likely to enter into an express agreement regarding their rights upon the dissolution of the relationship.

Parties who enter a relationship assuming they will share their resources, labor, and accumulated assets are without remedy if they don’t trigger the obligations commonly referred to as ‘contract.’

While contract-based alternatives may work for support obligations and property division, they may not apply to government benefits. These alternatives are therefore known to offer some protection for unmarried couples after the dissolution of their nonmarital relationship. However, such protection is limited.

Other common law marriage alternatives that may help protect the interests of unmarried parties are the equitable remedy of unjust enrichment and estoppel. Parties in nonmarital relationships can recover property or assets whenever a court imposes a constructive or resulting trust in property acquired during the relationship.

The Restatement (Third) of Restitution and Unjust Enrichment specifically offers relief if one former cohabitant owns a particular asset to which the other party has made considerable, uncompensated contributions through property or services.

Under this publication, a party that makes such contributions has a claim in restitution against the party who owns the asset to avoid unjust enrichment.

The doctrine of equitable estoppel could also be used to protect the rights of couples who have held themselves out as married but whose relationship doesn’t adhere to the state’s marriage requirements.

In some cases, the doctrine of estoppel is considered more advantageous than the doctrine of common law marriage. It doesn’t focus on subjective intent but rather on objective actions such as maintaining joint bank accounts, using the same last name, or filing joint tax returns.

Such concrete actions would justifiably lead each party in the relationship and third parties to assume that there exists a marital agreement. Based on that argument, the principle of equitable estoppel could be an effective alternative to the doctrine of common law marriage. That is particularly so when the court is concerned about protecting a dependent spouse who has relied on their partner’s representation.

– How Long Do You Have To Live Together for Common Law Marriage in SC?

Contrary to common belief, you don’t have to live with your partner for seven years to be in a common law marriage. Marriage laws in South Carolina don’t specify a minimum period for partners to cohabitate to be considered common-law married. Couples may establish a common law marriage by fulfilling the requirements for marriage and holding out as a married couple.

– What Is Considered Common Law Marriage in South Carolina?

Parties to a common law marriage must meet the basic requirements for marriage in South Carolina. Both must be at least 16 years, not be closely related, not be in another marriage, and have the mental and physical capacity to enter marriage. Further, they must consider themselves married spouses and show this to the public.

– What Is a Common Law Spouse Entitled To?

Under common law in South Carolina, parties to a valid common law marriage are entitled to similar rights and benefits as spouses in a formal marriage. Common law spouses are entitled to the property, support, medical care decision-making, and even inheritance rights upon breakup or the death of their partner. 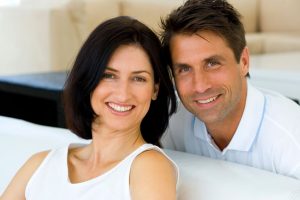 If unsure where to start, you should seek legal guidance by speaking to an experienced family law attorney or lawyer.

Grandparents Rights in Indiana: Laws Regarding Custody and Visitation

When a Father Lies in a Custody Case: What Happens Next?

How Much Is a Divorce in Pa: Main Factors Affecting the Cost