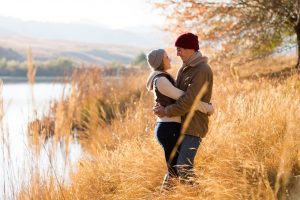 The concept of common law marriage North Carolina is not new to many partners in the state. It’s a legal concept that allows cohabiting parties to live in a marriage-like relationship without a ceremony or marriage license.

North Carolina doesn’t recognize common law marriage commenced or that arises in the state. The only marriage valid in the state is solemnized in a ceremony presided over by a minister or a person authorized by the law to preside over marriage ceremonies.

In states that allow the formation of common law marriage, the cohabiting parties must have a present intention to be married, live together, and present themselves outwardly as husband and wife in public. In addition, they must meet the legal state requirements for marriage.

Since North Carolina doesn’t recognize common law marriage, is it possible for unmarried couples in the state to protect their future regarding property, inheritance, child custody, and spousal support without getting married? Below, we explore some viable alternatives to common law marriage.

Cohabiting couples in North Carolina have no legal status. In most cases, a couple living together for an extended period without formally getting married can’t divvy up assets upon breakup as they would in a divorce. This and many other rights may not be available to such parties.

A cohabitation agreement can be a good option for couples that want to live together without getting married but also set up some rules in case of a breakup. In these contracts, parties specify the terms of asset separation and debts, inheritance, and other important aspects when cohabitation ends.

Cohabitation agreements are enforceable in North Carolina and useful when unmarried couples wish to divide the property they acquired together during their relationship. Through these agreements, partners contract to provide financial payments to a dependent partner if the relationship breaks down. However, such financial obligation isn’t treated as alimony under marriage laws in North Carolina.

Particularly, unmarried couples living in Carrboro and Chapel Hill can enter into domestic partnerships to guarantee some employee and health care benefits. Businesses and municipal governments in these cities extend healthcare coverage and other marital benefits to domestic partners.

While North Carolina doesn’t recognize this doctrine, some NC courts may apply the same equitable principles to make decisions. If a party qualifies as a putative spouse, they may be entitled to Social Security benefits under Federal law.

North Carolina allows the enforcement of contracts between cohabiting parties, provided they are not based upon sexual services. Essentially, it will enable some laws such as equitable distribution to apply upon separation.

Partners living together can have a separation agreement stipulating how to divide property and assets acquired during the relationship when the cohabitation ends. Doing so helps avoid costly and lengthy litigation after a breakup.

Cohabiting parties in North Carolina can also enter into a contract regarding estate planning to ensure that property goes to either partner in the event of death. This is particularly important if the decedent didn’t leave a will.

Unmarried couples need to identify the issues they want to address and put them down in an agreement if they are unwilling to enter a formal marriage. Better still, they can seek the advice of a family law attorney to know the various contracts they can enter into regarding rights and obligations during their relationship.

NC doesn’t recognize domestic partnerships, but some cities and towns in the state do. Couples living in such jurisdictions can enjoy the benefits of marriage even if unmarried.

– Is It Illegal To Live Together Unmarried in North Carolina?

Yes. Although shocking, North Carolina is one of the few states that still have illegal cohabitation laws. North Carolina General Statutes 14-184 criminalize the practice of unmarried men and women living together. Breaking this law equates to a Class 2 misdemeanor, which means violators can spend up to 60 days in jail. However, it is important to mention that this law is hardly enforced.

– What Qualifies as a Domestic Partner in NC?

– How Do You Prove Cohabitation in North Carolina?

There is no single way to prove cohabitation in North Carolina. However, one may present the following as proof of cohabitation:

– Is a Common Law Wife Entitled To Anything?

Yes. But first, the court must establish that she was in a valid common law marriage before the divorce. Generally, a wife in a valid common law marriage is entitled to the same rights as one in a formal marriage. A common-law wife can therefore get a portion of marital property, request spousal support, custody, and support of a child in the marriage, and seek inheritance rights.

– What Happens When Your Partner Dies and You Are Not Married?

Partners who live together in a marriage-like relationship but remain unmarried are usually at risk of missing out on spousal benefits when one party dies. Unless the decedent had a will or the couple had an agreement regarding inheritance, all the decedent’s property becomes part of the probate estate.

In the absence of a formal marriage or an agreement, partners don’t have the right to survivorship. For instance, if only the decedent is named on the deed of the family house, the surviving spouse may have to go through probate court proceedings before inheriting.

Common law marriage is a union that confers rights and obligations to spouses as in any other formal marriage. While some states still recognize it, the concept of common law in North Carolina is not recognized by the state. This article has discussed the state’s position on common law marriage and other aspects of the union. Let’s wind up the discussion with a summary of the main ideas: 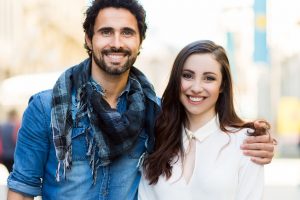 Unmarried couples need to know the rights they could potentially lose upon a breakup. If they own property together, it could be challenging to determine who gets what if they cease to cohabitate. Further, they could lose rights such as inheritance and medical care if they don’t establish those through an agreement.

Signing a cohabitation agreement may be one of the ways to protect such rights. Such couples may also consider entering into other relationship agreements or contracts, provided they don’t contravene the state’s marriage laws.

However, such couples should seek an attorney’s legal guidance to determine the viability or legality of such contracts and agreements.

How To Cope With Divorce as a Man: Persistent Instructions To Follow

Divorce Car in Both Names: Who Gets To Drive It Home?