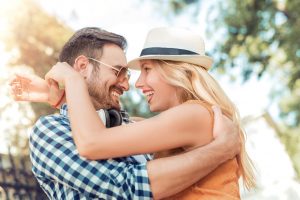 Common law marriage New Jersey is only recognized if it happened in a state that allows it. If you want to get married through common law in New Jersey, you’ll need to provide proof that another state validated the marriage. If the state fails to certify your common law marriage, you’ll have to seek the available alternatives to formalize your union.

This article will discuss why common law marriages in New Jersey aren’t recognized and outline the options a party can pursue to live as husband and wife formally.

New Jersey doesn’t recognize any common-law marriage within its jurisdiction after December 1939. If a couple wants recognition as common law marriage partners, it won’t happen unless they married before 1939. The parties will therefore need to try out other legal avenues to have their marriage formalized in New Jersey.

The only time that New Jersey may recognize your common law marriage is if it took place in another state that approved it. You’ll need to provide proof that you indeed got married by common law in the said state. If that’s not the case, alternatives exist to common law marriage in New Jersey, such as cohabitation agreements, domestic partnerships, or civil unions.

Below, we’ll discuss each of these alternatives in detail.

If two people want to live together but remain unmarried, they’ll have to create a binding contract known as a cohabitation agreement that states each party’s rights and duties. A cohabitation agreement in New Jersey helps outline how cohabiting partners relate. Each party may state their wishes about personal or joint property in the wake of death or separation.

A cohabitation agreement is an excellent alternative to common law marriage since the cohabiting couple will not have to get married formally before moving in. It’s useful for partners who want to live together but not marry. However, they’ll need to decide how to care for each other and their children, if any.

If unmarried partners decide to buy a home and contribute a mortgage equally, they must state how to dispose of the house if they break up. Regarding joint property, a cohabiting couple can name themselves joint tenants with a right of survivorship, allowing inheritance without a will. The cohabitation agreement must also outline how the couple will treat the personal and shared property, including:

Moreover, family law recommends that the couple creates a contract that covers additional details of their relationship, including:

A cohabitation agreement helps outline the property rights of the cohabitants. This happens during and after their relationship.

When choosing to cohabit, a party may come with children into the relationship. They may also sire some during the time of union. The cohabitation agreement must state the responsibility of each party to the children in the relationship (whether adopted or biological). Like other forms of marriage, New Jersey applies similar custody rights to cohabiting parents.

This means they’ll need to craft an agreement that outlines child support and visitation rights. Another thing to note about cohabiting couples is that paternity isn’t presumed (they must prove it legally). The law requires the father to sign the child’s birth certificate during birth. Parents also have the choice to agree to paternity mutually without consulting an attorney that has experience in different practice areas.

As cohabitants, you must also agree on what happens in the wake of life events like sickness, disability, or death. Because your relationship is non-marital, you must have some key documents to help make it legal. These documents include:

If you plan to cohabit as an unmarried couple and are unfamiliar with all the legal aspects, you should consider visiting an experienced family law attorney in New Jersey today.

A domestic partnership is another alternative to common law marriage in New Jersey. It comes with various benefits, including the following:

If you decide to live as domestic partners, you shouldn’t hesitate since it may offer several benefits.

According to New Jersey laws, a couple qualifies for domestic partnership if:

Note: To register a domestic partnership in New Jersey, the applicants need to file an Affidavit of Domestic Partnership at the office of a Local Registrar of Vital Statistics.

A party is eligible to enter a civil union if:

Suppose a same-sex couple fulfills the above requirements but is formally engaged as domestic partners. In that case, the law allows them to enter the civil union without ending their domestic partnership first (it automatically terminates).

How to Formally Enter a Civil Union in New Jersey

To enter a civil union in New Jersey, you’ll first need to seek a license from a registrar or clerk in your municipality of residence. You must be physically present at the licensing office before receiving the license. Some requirements include documents showing your full names, social security numbers, and forms indicating your county of birth.

Before visiting the licensing office, you should first make a call to confirm the exact location and the complete list of documents required, i.e., driver’s license, passport, or birth certificates. Although the fee required is $28, you must also call to confirm if that has changed. After applying for the license, you’ll need to wait for at least 72 hours before having it issued.

The clerk will guide you on the applicable procedures if you need the license earlier than the waiting period. However, after the waiting period has elapsed, you’ll have 30 days to organize a ceremony for your union. During the ceremony, you’ll need to provide two witnesses (above 18 years) to sign the civil union certificate.

In this article, you’ve learned that common law marriage in New Jersey isn’t recognized, and in summary, you’ve noted that: 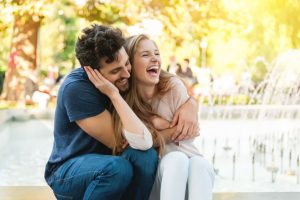 Alimony in Illinois: How Does Spousal Maintenance During Divorce Work?

What to Do If My Husband Says He Wants a Divorce but Says He...