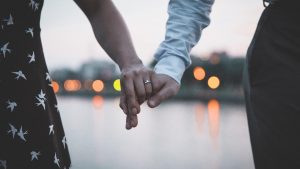 Common law marriage in Nevada allows for couples to have the same legal recognition as a couple that is legally married, without having to go through the time, expenses, and hassles of actually getting married.

Today, Nevada does not allow for the formation of common law marriages but may recognize those that were established before abolishment.

No, Nevada does not recognize common law marriages established after March 29, 1943. Nevada marriage laws require that marriage be solemnized and that the couple get a marriage license from the state for their marriage to be legal. What’s more, they should meet various requirements as provided by Nevada laws.

While couples can’t enter into common law marriages in Nevada today, such marriages that predated March 29, 1943 could still be considered valid by Nevada courts.

Such couples that need to validate their common law marriage have to show that they:

Couples can use sworn statements from other people who witnessed them living together, or other records of the relationship, such as a cohabitation agreement. The more evidence you have of these things, the better the chance of having the marriage approved without much hassle.

– Filing For a Marriage License

If a couple meets all of these requirements and files an application for a marriage license with the proper authority, then they will be considered to be legally married. If they do not meet any of these requirements, they cannot become legally married just by filling out paperwork and getting a license. They would still have to get married through a traditional wedding ceremony.

If spouses who are already in a common law marriage want to get divorced, their only legal recourse is to file for divorce the same way any other married couple would.

If you and your partner are not looking to get married but still get the same rights and obligations as couples who are legally married, there are various alternatives you can explore. Below are the main ones.

Before you can register as domestic partners with your different-sex or same-sex partner in Nevada, the state requires that both of you meet the following requirements:

The registration of your domestic partnership should also involve some written documents filed with the Secretary of State according to NRS Chapter 122A indicating such an intention.

Such documentation can include:

If you and your partner are already married or entered into a civil union in another jurisdiction, the law regarding the creation of domestic partnerships requires that you must register with the Nevada Secretary of State for your relationship to be recognized as a domestic partnership by the State.

– Process of Registering a Domestic Partnership

A couple looking to be registered as domestic partners has to file a one-page Declaration of Domestic Partnership with the Secretary of State. Both parties have to sign the declaration, which also has to be notarized. The form must then be submitted, in-person or by mail, to the Secretary of State’s office in Las Vegas or Carson City along with a fee of registration.

– Rights and Obligations for Domestic Partners 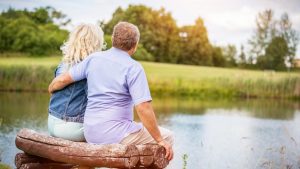 While partners who wish to stay unmarried may not enjoy common law marriage rights in Nevada, domestic partnerships confer certain rights to them.

– Can I Seek Child Support if I was in a Common Law Marriage?

Yes, child support can be sought provided a court validates your common law marriage. However, the amount may take into consideration the living standards of both parties during the existence of the relationship which could mean very little or even nothing for some people despite them having lived together for years.

– How is Property Divided After the Dissolution of a Common Law Marriage?

It depends on the situation, some property acquired during the common law marriage is considered to be community property and must be divided equally. However, some can also be considered as separate property of either party.

Separate property consists of any property that was held by one party before the relationship started or acquired after separation (i.e., inheritance). Community property includes any income earned or asset acquired by either individual during their time together. For long-term relationships, the court may consider other things such as contributions made into a house or education, and each party’s respective skillset.

– How is Custody Determined If I was Married Common Law?

Custody of a child born within a common law marriage is determined by applying standard legal criteria, which includes:

Such decisions are made based on what is best for the child rather than who has legal custody over them. 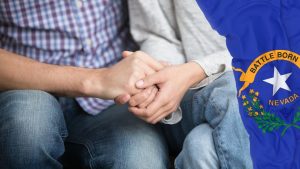 The state of Nevada neither recognizes common law marriages formed after 1943 nor does it allow for the creation of similar marriages today.

Below is a rundown of the discussion regarding common law marriage in Nevada:

Couples who live together for a long time often presume that they are in a common law marriage. Since Nevada no longer allows the establishment of common law marriages, such couples are better off exploring other options such as domestic partnerships.

Wife Has Boyfriend Before Divorce: Is It Legal?