Each person interprets the concept of common law marriage in California differently. But, in general, common-law marriages apply to couples that appear to be married without officially tying the knot. Thus, common-law couples do not go through the official process of a formal wedding, nor do the state or any religious registry record their union.

Many factors can affect the existence of a common-law marriage; however, the primary condition is the state’s acknowledgment of the legitimacy of common law marriages. Unfortunately, with time, states have been less and less recognizing those marriages.

In addition to that, the article will clarify matters related to unmarried couples, such as child custody and support, property division, and alimony.

In short, no, the state of California does not recognize common law marriage. According to California marriage laws, couples must obtain a marriage license and go through a marriage ceremony to be legally married in California.

In addition, the state will not recognize the couple as married regardless of how long they have been cohabitating and whether they represent themselves to the world as married.

However, unmarried couples who have been together for a certain extended period do have some rights.

A handful of states still consider couples who act like they are married, hold themselves out to the world as though they’re married, and intend to be married as legally married through common law marriage.

In those states that recognize this kind of marriage, a common-law spouse will have rights similar to those of officially married couples. These rights allow the couple to make medical decisions on behalf of each other, have the right to inheritance, and be entitled to property division and spousal support upon divorce or separation.

– Does California Recognize Common Law Marriages That Were Established in Other States?

However, suppose the couple satisfied the legal requirements of common law marriage in another state before moving to California but never obtained a legal declaration from the said state. In that case, the question might be more complicated.

The couple will have to contact a family law attorney to find out about their rights and common law marriage requirements in California (if any).

Although common law marriage in ca is not legal, couples who have been together for a long time assert some marriage-like rights in California.

Under certain conditions, unmarried couples may be able to have a “palimony claim” upon their separation. This claim is also known as the “Marvin claim” based on the lawsuit that first established these rights. A Marvin suit is a claim for financial compensation similar to the one offered under California’s alimony laws and community property.

A Marvin lawsuit is mainly a claim to distribute a couple’s property as though it was marital property and to obtain alimony as if the couple was married. 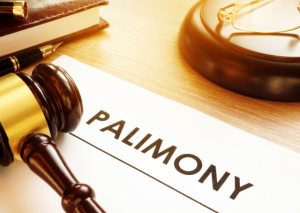 These claims essentially breach contract claims, even if they sound like divorce allegations. For example, for a palimony claim to succeed, the plaintiff must prove that the couple had an implied understanding or a written agreement to share the earnings and property and for one party to provide financial support to the other party.

Using an actual, written agreement is much easier than claiming an implied contract to support or divide the property.

The success of a Marvin claim based on an implied agreement depends on several factors, including:

Courts might also look to see if the couple in question had a stable relationship and if they were acting like mutual companions or not.

A cohabitation agreement (i.e., Living Together Agreement) is a mutual agreement between two partners that are not married but live together. This agreement addresses personal and financial issues a couple may encounter during a breakup. The concerned couple can customize the agreement and decide which aspects of their personal lives they would like to include.

Entering into a living together agreement permits a couple to avoid a Marvin lawsuit similar to a prenuptial agreement. This agreement dictates what will happen to the property that a couple acquires during their relationship and whether either partner can request financial support from the other if they decide to get separated.

– Legal Requirements of a Cohabitation Agreement

For the courts of California to consider the cohabitation agreement legally binding, the contract must meet the following legal requirements including:

Whether they are married or not, parents in California have a legal duty to support their children. The rights of children always come above everything. Courts can litigate child support issues through a parentage action or a motion for child support, which a parent or the state can file.

The California Department of Child Support Services will open a child support case for a child and provide the following services:

Courts in California calculate child support based on “guidelines.” These calculations are based on both parents’ incomes and the time each child spends with each parent.

Like child support, unmarried parents in California have the same custody obligations and rights as married parents, as long as there is no question about the paternity of the children. Then, the court will determine the child’s custody based on what’s in the children’s best interests.

In the state of California, all married couples, regardless of their sexual orientation, have the right to get a divorce should they meet the state requirements.

California and a handful of other states still recognize and offer domestic partnerships. Couples registered might be able to dissolve their relationships after six months of filing with the California Secretary of State a Notice of Termination of Domestic Partnership. Should either partner contest the termination before the six months are up, the separating couple will have to go through the traditional divorce process. 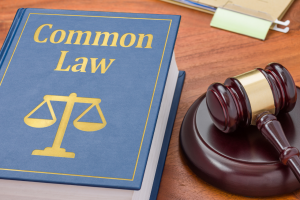 Unlike a small number of states, California common laws are not an option for couples. Thus, common law marriage in State of California is not allowed. However, cohabitating couples do have some rights.

Family law is a complicated field, and couples struggling with legal issues must seek help from a professional and experienced lawyer.

How Much Is a Divorce in Mississippi? A Brief Estimation of the Costs

How to Prove Alcoholism in Custody Cases: A List of Methods