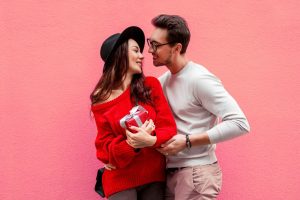 Getting married in Arkansas via common law isn’t recognized. Even if the couples have lived together for over 20 years and never formalized their union per Arkansas marriage requirements, the state will never recognize them. It’s therefore close to impossible for couples seeking common law marriage to be formally recognized by the state’s laws.

Marriage under common law in Arkansas is not allowed unless you prove it took place in another state. You, therefore, need to know the possible alternatives that could help you form a union with the love of your life. Below, we’ll discuss the main alternative to common law marriage in Arkansas.

The marital property laws in Arkansas don’t apply to unmarried cohabitants, whether in short-term or long-term relationships. This mainly concerns the ownership of property acquired during cohabitation. In comparison to married couples, the law isn’t apparent in governing the property of unmarried cohabitants.

Although parties can jointly own property during cohabitation, many issues could arise during property division if the relationship ends. Also, since no financial obligations are attached to cohabiting partners, things could be harsher for the financially dependent partner if a breakup occurs.

Does a Cohabitation Agreement Outline Rights and Duties?

A cohabitation agreement allows adults that voluntarily agree to live together to develop some rights and duties. In their contract, the couple may agree on how to handle their earnings and property. For example, they may decide to pool their earnings and own property jointly. They may also choose to follow the existing community property laws to decide on the correct model for property ownership, i.e., separately or jointly.

The cohabiting couple may also decide to:

Cohabiting couples must also agree on estate planning and medical care. Generally, the law in Arkansas doesn’t consider cohabitants as potential heirs to each other. Also, they don’t have the power to make medical decisions, as with formally married couples.

Therefore, to enjoy the duties and rights like medical care and estate planning, the cohabiting couple must craft an agreement. The law also has a special consideration for people who formally cohabit.

Creation of a Trust During Cohabitation

Courts can allow the creation of a trust if someone chooses to cohabit with another. In this case, the property under a trust remains under the watch of the domestic partnership Arkansas. If no formal trust agreement exists, the law allows the creation of one to oversee an agreement concerning property and income rights for cohabiting partners.

The court may also declare the existence of trust if there’s substantial evidence that the cohabiting couple had the intentions of creating a trust but failed to formalize it.

To avoid any injustice on either party, the court may also agree to the existence of a constructive trust. This legal fiction stands on the fact that one partner made a particular contribution to the overall property owned by the other.

What To Consider When Preparing Your Cohabitation Agreement in Arkansas

When creating a cohabitation agreement with your partner, ensure you consider the following issues.

Handling the issue of finances is a challenge to any relationship. For the case of a cohabiting couple, it’s essential to craft a contract. This will serve as a guide in the wake of anxieties such as a breakup.

Things to Include in Your Cohabitation Agreement

When creating a cohabitation agreement with your partner, you need to cover all aspects to minimize problems in the future. Your contract should elaborate on issues to do with:

Despite common law marriage not being recognized in Arkansas, there are specific scenarios when things might change. According to Section 9-11-107 of the Arkansas common law marriage, all marriages made outside the state that would be legitimate under the laws of the state or nation where the marriage got finalized and the parties lived at the time would be valid in all courts in Arkansas.

This poses a significant threat if one seeks to claim property rights when their “common law” partner dies. If one got married through common law marriage in a state that recognizes it, marriage laws in Arkansas would also acknowledge the same marriage as long as it fulfilled all legal procedures. This also applies to cohabitation laws in Arkansas.

Apart from that, Arkansas could also recognize common law marriage if the couple had initially signed power of attorney papers.

– Is Arkansas a Mom State?

No. Arkansas laws treat both parents equally when deciding on child custody. The judge can’t favor the mother just because she was responsible for giving birth to the child.

– Do You Pay Child Support With Joint Custody in Arkansas?

– How Does Property Division Relate to Common Law Marriage Arkansas?

After recognizing your common law marriage in Arkansas, you’ll have the same property division rights as couples in other formal marriages. The laws in Arkansas emphasize the need for equitable distribution of property during divorce.

Although it’s difficult to determine an equal share of the property for each spouse, the law allows the judge to put the following factors into consideration:

We’ve seen that common law marriage in Arkansas isn’t recognized and in summary, the article has outlined that:

A cohabitation agreement allows adults that voluntarily agree to live together to develop some rights and duties. In the contract, you may decide how to handle your marital earnings and property. To craft a good cohabitation agreement with your partner, ensure you involve an expert such as an attorney and consider all the legal aspects.

Can I Divorce My Wife for Not Sleeping With Me: What You Need to...

Pre Divorce Checklist: Essential Considerations To Be Made

Who Gets the Dog in a Divorce: Resolving the Pet Dilemma

Legal Separation in Virginia: How Does It Compare to Divorce