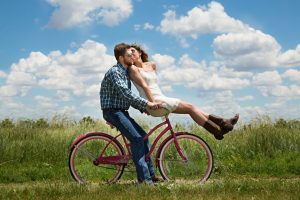 Common law marriage Alaska isn’t recognized unless you prove it legally took place in another state. The laws in Alaska have special restrictions that govern how to validate marriage under common law. Unlike other forms of marriage, the common law type is relatively informal since no wedding takes place nor any union put on record.

This article will expound on the circumstances under which Alaska recognizes common law marriage and the possible alternatives in the state.

Since common law marriage in Alaska isn’t recognized, there exist some legal alternatives like a domestic partnership and cohabitation agreements.

But be aware that the state recognizes common law marriages created in those states that approved it. This becomes valid if you follow all the rules and regulations formalizing the marriage in those states. It’s therefore essential to gather the relevant testimonials and evidence before seeking to have your common law marriage validated in Alaska.

You can choose either of these alternatives to obtain a marriage license in Alaska. Let’s discuss how each alternative works.

Alaska allows heterosexuals or same-sex couples to live as domestic partners. A domestic partnership in Alaska is a civil union whereby unmarried couples stay together without the intention to marry. Although Alaska recognizes this arrangement, such couples may not enjoy rights and privileges similar to formal marriage.

However, the state doesn’t guarantee property settlements to domestic couples if they decide to terminate the partnership.

Requirements for Domestic Partnership in Alaska

To have your domestic relationship validated by the state, you must fulfill the following requirements:

Advantages and Disadvantages of Living as Domestic Partners in Alaska

Domestic partnership Alaska comes with some benefits and disadvantages. The laws allow you to access some privileges of formally married couples. Below are the legal advantages:

Here are the legal disadvantages:

No state benefits. Although specific companies may list benefits for domestic partners, the state doesn’t have legal rights that specify this. As a domestic couple, you should first identify the forms of benefits you may receive from your current employer or insurance provider.

A cohabitation agreement in Alaska refers to a legal document drafted between two unmarried persons and helps outline each individual’s rights, responsibilities, and privileges. It also helps a party seek a claim on assets and liabilities in the wake of a breakup.

A good cohabitation agreement should outline all aspects of the relationship to avoid future conflict. Like other forms of contracts, this type of agreement has some legal requirements. It should cover issues to do with:

The Legality of Cohabitation Agreements

Unmarried couples have the freedom to create oral and written agreements that cover rights associated with formal marriages, e.g., property ownership during the relationship.

Unmarried couples have the legality to create cohabitation agreements even with no discussion or writing. If deemed necessary, the court may assess the couple’s actions and determine the agreement’s efficacy.

If no implied agreement exists, the court will establish whether the couple had honest intentions with each other. After that, it will grant the unmarried couple rights and privileges based on equity and fairness.

Wills and Durable Powers of Attorney

Wills guide on how to distribute someone’s estate after their death. This document is essential for cohabiting couples since the intestate succession laws don’t recognize them under normal circumstances. If your cohabiting partner passes on but has left a will behind, it becomes easier to inherit their assets.

– How Does Property Division Relate to Common Law Marriage Alaska?

Also, both parties can agree on what to consider as separate property and what not to. In situations where no predefined community property exists, the laws in Alaska champion equal distribution of the existing property during divorce.

– How Do Premarital Agreements Relate to Common Law Marriage Alaska?

Premarital agreements in Alaska are simply contracts between marrying spouses that outline how they wish things carried out if they divorce.

Since one may enter the marriage with personal assets and other forms of property, the law permits them to declare (through a premarital agreement) how they would like such issues handled. Such contracts may outline how one would wish their finances dealt with.

Premarital agreements also cover things to do with alimony. The spouses will decide who will provide financial support to the other during a divorce. To adequately enforce a premarital agreement, the state of Alaska demands that it should be made in writing and willingly signed by both spouses.

This article elaborates that common law marriage in Alaska isn’t recognized, and in summary, we get to know that:

Couples that seek to get married under common law in Alaska will need to provide substantial proof for the legalization of their union in another state. If that’s not the case, you can seek marriage through a domestic partnership or drafting a cohabitation agreement. Don’t hesitate to speak to a lawyer today if you need additional help with domestic partnerships or cohabitation agreements in Alaska.