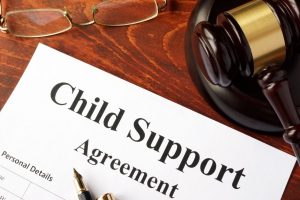 Child support without divorce is a grey area. Child support refers to the sum of money the noncustodial parent must pay to the custodian so that a child’s expenses, such as food, shelter, clothing, transportation, health care, and educational costs are taken care of.

Technically, you don’t have to pay for child support unless it’s ordered by a court. However, it’s better you pay it even before a court orders you to do so.

In this article, we’ll tell you everything you need to know about paying child support without divorce, including why you should pay it before a court intervenes and filing for child support while you’re still married.

Can You Get Child Support If You’re Still Married?

Yes, you can. Moreover, courts are guided by the best interests of the child. Therefore, no matter what state you’re in, you’ll have to provide child support because it’s in the child’s best interests to have money for food, shelter, clothing, and other related matters.

How Do I Get Child Support If We’re Still Married?

Most people make two common mistakes about child support. First, they think that they don’t have to pay child support before divorce. However, nothing is further from the truth.

Whether you’re married, divorced, or you had a child with your girlfriend, so long as you’re the biological parent, you have to provide child support. Additionally, 20 states require stepparents to pay child support.

It’s just that the amount you have to pay in child support varies from state to state, and it’s important to check your state’s guidelines.

Second, people take child support for granted. Recall that we said that a parent doesn’t have to pay child support unless it’s ordered by a court. This means that, as the custodian, you must file for child support while still married.

Why Would Anyone File for Child Support if They Are Still Married?

There’s an assumption that when two people are married, they will contribute equally to raise the child. In most situations, that’s true, but it’s not always the case.

For example, let’s say that a couple had a child and that both parents were paying the child’s expenses (e.g., clothes, diapers, food). However, four years later, the father changed overnight and stopped providing any money to the child’s upbringing and to the household in general. Instead, he began drinking heavily and gambling.

In this situation, the wife can try negotiating with the husband to change his habits. However, if that doesn’t work, she can file an application with the court, whereby a court will order the spouse to pay child support even while the couple is married.

What’s the Difference Between Being Legally Separated and Divorced?

The difference is that if you’re legally separated, then you guys are still married but are living in different houses. Couples may often choose to be separated because of the impact a divorce may have on the child, how the couple would be perceived in society, religious reasons, or because one spouse still wants to be on the other’s health insurance plan.

We must also mention that some states, such as Delaware, Florida, Georgia, Mississippi, Pennsylvania, and Texas, don’t recognize legal separations. This means, firstly, that if you’re in one of those states, you must file for divorce if you guys want to live apart.

Secondly, similar to a divorce, a legal separation is also granted by a court. This means that you must file the necessary paperwork and get a decree from the court recognizing your situation as a legal separation.

Being divorced, on the other hand, means that your marriage has formally ended. By this, we mean that it’s recognized by a court.

Can a Child Support Order From California Be Enforced in Another State?

Yes, it can. A child support order from any state will be honored and enforced by another state. This means that even if you leave that state, you’ll still have to pay child support. 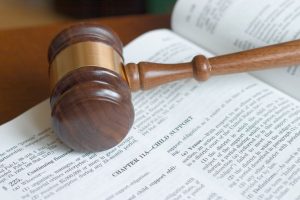 However, if you leave a state, or the country, to avoid paying child support, federal charges can be brought against you under the Deadbeat Parents Punishment Act. Usually, the fine or prison sentence under this statute is far more severe than the punishment meted out by state courts.

Therefore, it’s important to understand that leaving the state to avoid paying child support doesn’t benefit you in any way whatsoever. Rather, you should live in that state and continue to meet your child support obligations.

There’s one more thing we need to add here. Let’s assume that your employer has transferred you from Virginia to Florida. In this case, it’s okay to move, but you still must pay child support. Or, if you’ve moved to a different state for any other reason, so long as you continue to meet your child support obligations, you won’t be penalized.

– I Won’t Leave the State, but What Happens if I Don’t Pay Child Support?

While that depends on the unique circumstances of your case, the state’s laws and the discretion granted to the judge, the most common consequence of not paying child support is garnishment. It’s a fancy term that means your employer will withhold a portion of your wages and give it back to the state so that the state can give the money to you as child support.

Even though your salary may be withheld by your employer (as garnishment), the federal Consumer Credit Protection Act prohibits your employer from firing you.

However, there are more penalties besides garnishment. You can be found in contempt of court (you’ve disobeyed a court order), fined, imprisoned, excluded from receiving certain government benefits, have your passport revoked, denied tax refunds, or have your driver’s license suspended.

– Can I Stop Paying Child Support if My Ex Doesn’t Let Me See My Kids?

No, you can’t. It’s important to note that even if your spouse doesn’t honor visitation rights, withholding child support can carry severe penalties.

Instead, these are two separate issues, and it isn’t a case of tit-for-tat (e.g., I won’t pay child support because my spouse won’t let me see my kids). This means that if your spouse isn’t letting you see your kids, then you should file a complaint with the court. You should never withhold paying child support because of it.

– Is It Possible To Modify a Child Support Obligation?

Yes, but it’s a bit complicated.

Assume that you guys are still married and that your spouse pays child support while living together. However, you don’t talk to each other, and you sleep in different rooms.

Your spouse hasn’t paid child support for the past two months. Before you file a complaint with state authority, you decide to ask your spouse about the payment. He then tells you that he lost his job and that he can’t afford to pay child support.

In this situation, since your ex lost his job, if you’re willing to negotiate, the two of you can work something out. However, if you still want your ex to pay the same amount in child support, then you can force him to do so.

Let’s remember that a child support order comes from a court. This means that in order to formally modify it, you also need to involve the court again. However, you can informally modify it by simply speaking to your ex or spouse and coming to a mutual agreement.

Furthermore, courts don’t generally see temporary unemployment as a reason to change child support payments. However, and again, this varies by state.

Moreover, child support obligations may change as the child gets older. For example, suppose you were paying $1,230 in child support per month. In that case, it may increase to a different amount depending on your income (e.g., perhaps you got a big promotion at work) or the child’s needs (e.g., the child doesn’t need diapers anymore, but wants to take ballet lessons or wants to go to the movies).

We Are Still Married, I Pay Child Support, but My Spouse Lives With Someone Else

By this time, it should become clear that you have to pay child support while you’re married. However, your child support payments could be reduced if your spouse begins to live with someone else.

Let’s assume that you guys have one child, are living separately, and your spouse (who has custody of the child) begins to live with someone else. If you can demonstrate that your spouse’s partner is paying for certain expenses, such as food and utilities, then you can ask the court to reduce your child support payments.

To further explain, if your spouse’s partner is paying for food and utilities, that means your spouse will have more excess income, which she could use to pay for the child’s expenses. This means that she may require less money from you. 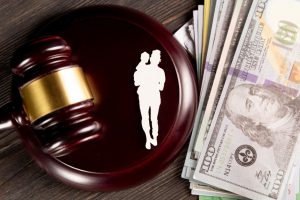 We understand that child support is a complicated topic. It probably became more complex because you found out you are required to pay child support even when you’re still married. However, if you really think about it, it isn’t all that difficult to understand.

Think of it this way. When you’re married and living together with your spouse, buying your kid’s diapers is a form of child support. It’s just that, as we’ve mentioned earlier, we don’t call it “child support” unless it’s actually ordered by a court.

Therefore, don’t be intimidated by all of the information in this article. However, whether you’re married, legally separated, or divorced, have a conversation with your spouse (or ex) and be honest about how much you can pay for raising the child.

If you’re on good terms, they’ll understand, and the two of you can play a meaningful part in your child’s life, even after being separated.

How Long Does a Divorce Take In Illinois: The Best Way To The Process

Teenager Wants To Live With Non Custodial Parent: What To Do?

How Much Is a Divorce in Va: Financial Aspects of Divorce