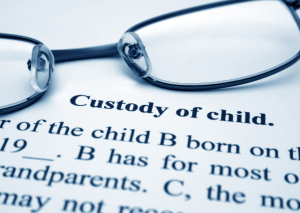 Child custody when one parent is in jail can be a complicated matter. To many, it sounds logical that when one parent gets locked up in prison, they lose their parental rights. However, this is not always the case.

A parent might lose other civil rights when they go to prison, but visitation and parenting rights are not among those they automatically lose when they get incarcerated.

If this is not the case, the locked-up parent will still be able to assist and have a say over their child’s life. However, the law considers this a mere technicality on paper since the child won’t be able to drive and visit their locked-up parent in jail. Instead, children must rely on the other parent to take them there.

The non-incarcerated parent will still have to get permission from the parent in jail if their child has to undergo surgery or other significant events. However, the out-of-jail parent can request sole legal custody from the judge to make decisions without the other parent.

What Happens When a Custodial Parent Goes to Jail?

Jail sentences can pose many complications to someone’s life. And when the locked-up parent has primary custody, it affects even more lives than just their own.

Child custody decisions are not easy and might lead to complications, especially when the custodial parent is incarcerated.

What happens to children when one of their parents goes to jail and is eligible to take custody?

As a general rule, the judge will take custody decisions based on the best interests of the child. The primary concern of a judge is always the welfare of the children involved.

When determining who will be the child’s primary caretaker, the court will consider the following:

After the Parent Enters Jail

The judge will not take automatic custody decisions when the custodial parent enters jail. Determining child custody will be based on some or all of the factors mentioned above. The process will be a bit different for each case since only one parent is present.

Child social services and child protective services will most probably consider giving custody of the child to the other parent or to another close family member. However, they will come up with a decision in the child’s best interests, which means that no one will get custody by default.

If your spouse goes to jail and you’re seeking sole custody, then it is best to get help from an experienced family attorney. On the other hand, if you go to jail and are concerned about your child’s custody, contacting a skilled family lawyer is your best option.

How To Get Custody of a Child When a Custodial Parent Is in Jail? 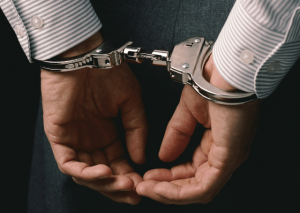 You must take several necessary steps if you’re seeking custody after your custodial spouse has been incarcerated. If you share custody with your spouse, you will be able to file a motion to modify the custody agreement and request the court to protect your child from their locked-up parent. In most cases, you’ll be able to file for emergency custody.

If you are not the other parent and a single parent who raised the child is now in jail, then here are some crucial steps you should take:

What Happens to Child Support if the Supporting Parent Is in Jail?

The court may order the child’s incarcerated parent to pay child support while in jail. However, if the incarcerated parent proves that they do not have enough assets or income to pay support, then the judge will not order the amount that was set in the Child Support Guidelines Worksheet.

If you are on welfare, the Department of Revenue Child Support Enforcement Division has the right to collect child support. They will order child support in any situation unless you give them a valid reason not to (i.e., the supporting parent was violent towards you). They treat cases where the supportive parent is in jail similar to any other case.

The most common question here is how is it possible for an incarcerated parent to still have income or assets while in jail? Being locked up doesn’t necessarily mean that the supporter has lost all of his financial means.

Another thing to keep in mind is that in cases where the supporting parent has the ability to pay but does not provide child support, you may file a contempt action in court. This means that the court will hold an incarcerated person in contempt for not paying child support orders.

In this case, the locked-up parent has to prove to the court that they cannot pay for child support. The judge will then decide after carefully examining the child support sources mentioned above.

Even if the court decides that the incarcerated parent was not in contempt, this does not end their child support obligations. To clarify, if the judge decides not to modify the child support order, the unpaid amount will add up and is usually referred to as arrears. The court will order the supporting parent to pay their arrears as soon as they are able to do so.

Can a Mother Get Custody if the Father Is in Jail?

Once released from jail, the father might request visitation and the judge will likely order monitored visitation. The judge’s primary focus is the child’s wellbeing, and courts prefer not to cut off children entirely from their parents.

If you do get full custody, you might not be able to receive child support. This is because the father won’t have the means mentioned above to pay for child support. However, if there is a child support order, the arrears will continue to add up, and the father will eventually have to pay them once he is released from jail and starts working again.

Can a Father Get Custody if the Mother Is in Jail?

In the most general sense, when one parent is incarcerated, the other will get child custody. In other words, when a mother goes behind bars, the “first-in-line” to receive custody over the child is the father.

In most cases, it is difficult to provide a direct answer to these two questions. There are many factors that must be considered as child custody is already a complicated issue. Legal guidance is necessary to understand the whole process and its requirements.

Sometimes a father and a mother will be facing a lengthy prison sentence. If that is the case, hiring a lawyer is necessary to finalize custody arrangements and appoint a suitable guardian for their child. The incarcerated parent may need to hand over full custody to the other parent to serve the best interests of their child.

Can You Grant Temporary Custody to Avoid CPS Action During Divorce?