Can a convicted felon get custody of a child? The answer to this question is yes, it is possible for someone who has been convicted of a felony to gain custody of their child in a divorce case.

But every case is going to have a different set of facts, which will determine the outcome. It is important to read on and see what could affect a child custody case.

Can a Convicted Felon Get Custody of a Child?

Essentially, it will depend on the nature of the crime committed by the parent to know whether it will affect child custody. When we use the term ‘convicted felon,’ this can mean different things. Indeed, a felony can be a range of criminal offenses. So, the outcome of a child custody case depends on what crime has been convicted. 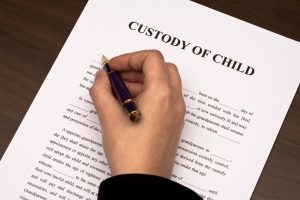 It is important to remember that in a child custody case, it is always the court’s priority to best serve the child. In other words, the child’s interests will come first in every case.

There is no doubt that a child will benefit from having both parents involved in their lives. Thus, a judge is going to take this into account during their decision-making. But the crime committed matters.

In particular, if a parent has committed a crime that could potentially endanger their child’s life, they may not be granted custody. For example, if a parent has a history of violence and assault, this could present a danger to a child. However, if the parent committed theft several years ago and has not been convicted since then, they may have a better chance in a child custody case.

Therefore, it is going to depend on the crime committed. Namely, the court is going to look at how serious the crime was and when it occurred. The court will also consider whether that parent has the potential to re-offend or endanger the child in any way. It can be more difficult to get custody of a child with a criminal record. But it is not impossible.

What Felony Crimes Will Prevent the Custody of a Child?

Most of the time, the court will consider the individual circumstances when it comes to child custody. But some felony crimes are classed as worse than others when it comes to this type of topic. If a parent has committed one of the following felonies, it is unlikely that they will be granted custody of a child:

A judge wants to make sure that a child is going to be safe where they live, so even if a parent has been convicted of another crime, the judge might look into the case’s details. If they feel that there are elements of a case that are a concern for looking after a child, this can prevent that parent from being granted custody.

Will a Misdemeanor Prevent the Custody of a Child?

Since misdemeanors are crimes classed as less serious than felonies, it is unlikely that it will prevent child custody for a parent. Here are some examples of misdemeanor crimes that can be committed:

So, there is the possibility that depending on where the parent lives. A misdemeanor could be severe enough to prevent a child from living with them. The judge will see this as a demonstration that you are unfit to provide a safe and secure home and have the ability to protect the well-being of the child.

Will Custody of a Child be Affected by Pending Criminal Charges? 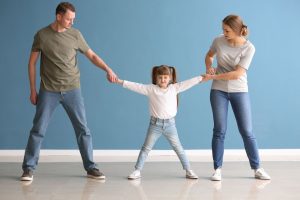 If a parent has a criminal charge against them, this will not necessarily affect gaining custody of a child. Instead, it is going to depend on the individual circumstances. Pending criminal charges and child custody might not be topics that you expect to go together. But it is important to remember that charges and convictions are very different.

It is essential to realize that expunged records are still going to be visible to court personnel. It means that a judge will be able to see your full criminal record, which will include expunged convictions. Thus, a lot of parents are under the impression that their criminal record is wiped clean. But, this is not the case when you are in court.

Therefore, you cannot hide any convictions from a judge in court. You can do this from the general public, but it will not work for custody proceedings. Can a felony affect child custody? Yes, there is this possibility. But, you cannot hide your crimes, and it is about showing you are able to offer your child the best environment to grow up in.

How Can a Felony Increase Their Chances of Gaining Child Custody?

There are several ways a convicted felon parent can increase their chances of being granted custody of their child. First of all, it is important to note that it will be harder work to gain custody, but this is not an impossible job. Instead of making excuses or having records expunged, you should prepare to convince the judge you are a good parent.

There is no doubt that if a parent has a previous felony conviction, there will be concerns when it comes to the custody of a child. Can a child live with a felon? The answer is yes; if the parent can offer them a stable and safe environment. Child custody and felony charges do not have to spell trouble.

The parent should prepare their case to show that they have a strong and loving relationship with their child. Indeed, they should demonstrate that their crimes are in the past and have moved on positively. They are able to provide for their child and provide a suitable environment for them to grow up in.

What Will the Judge Consider in a Child Custody Case?

The well-being and interests of a child are always paramount in a custody case. If a parent is a felon, then the judge will have certain elements that are inspected. For example, the nature of the crime is going to be important. The judge will look at whether this crime is going to endanger the child in any way since a criminal record affects child custody.

A judge will also look at who the crime was committed against. For example, if a parent is convicted of violence against the other parent, there is a possibility that this might have a negative effect on child custody.

The date of when the crime was committed is also important for deciding what parent has custody of the child. The general rule is that the closer the date of the conviction, the more likely it will affect child custody chances. In other words, if you committed a crime in the last two years, this might raise alarm bells for a judge. Criminal record affect child custody.

A parent with a conviction can be granted sole or joint custody of their child in divorce proceedings. For example, this could be a non-violent offense or a crime that was committed many years ago.

There you have it; you have read all about felony convictions and child custody. Let’s take a moment to summarize what we have learned:

Each case is treated differently, but being a felon does not automatically stop you from gaining child custody. The priority should be for a parent to show the court what they can provide their child with in the future.

Alimony in Maine: Detail Analysis of the Grounds and Amount