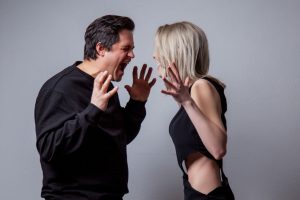 Part of the issues you should consider is BPD divorce regrets if you plan to reverse marriage vows with a spouse with a borderline personality disorder. Ending a marriage can be financially and emotionally taxing, especially if you have a BPD spouse.

If a divorce with your BPD spouse is on the cards, there are things you should be aware of to ensure a hassle-free divorce process.

In this article, we discuss some of the traits of BPD individuals, how to best communicate with your BPD spouse before and during a divorce and things to look out for during the process.

Do People Have Regrets After Ending Their Marriage?

Most people show great regret and attempt to make up for it when they divorce their BPD spouses. While this might not show immediately, it can happen after months or years. However, divorce seems the only way out of a gruesome relationship with their BPD spouse.

Common Traits of a BPD Spouse

Borderline personality disorder typically manifests in a person’s late teens or early 20s. Something distressing or stressful may cause or worsen the symptoms. Over time, most symptoms improve, and some even disappear entirely.

Any of the symptoms below, which can be mild to severe, may be present. When your partner has them, you may be forced to initiate a divorce, an action that can result in BPD divorce regrets.

– Fear of Being Left Alone

BPD sufferers find it challenging to maintain healthy interpersonal connections because their perceptions of others change abruptly and drastically. They can easily go from believing others to be perfect to believing them to be worthless and vice versa. For them, friendships, marriages, and family relationships are frequently tumultuous and unstable.

– Sense of Self Instability

BPD people may have a distorted or unclear view of themselves and frequently feel guilty or ashamed of themselves, viewing themselves as bad. They might also experience abrupt, significant changes in how they view themselves, such as when they alter their objectives, beliefs, careers, or social circles. They frequently obstruct their advancement.

People with BPD may suddenly feel very different about themselves, others, and their surroundings. They often shift and change irrational emotions such as rage, fear, anxiety, hatred, sadness, and love. These fluctuations typically last a few hours to a few days.

BPD victims are more likely to drive recklessly, get into fights, gamble, engage in drug use, consume excessive amounts of food, or engage in dangerous sexual activity.

BPD patients may self-harm by repeatedly cutting or burning themselves or threatening to do so. They might even threaten to commit suicide. These self-harming behaviors are usually brought by rejection, potential abandonment, or disappointment.

Many BPD sufferers constantly feel depressed, bored, unfulfilled, or empty. A large number of these people despise and feel unworthy.

People with BPD have difficulty managing their anger and frequently become very angry. They might use biting sarcasm, rage, or angry rants to express their anger. Feelings of guilt and shame often accompany such incidents.

Dissociative episodes, paranoid thoughts, and even hallucinations can result from extreme stress, especially a fear of being left alone, which is common in BPD victims. Mostly, these symptoms are short-lived and not severe enough to qualify as a distinct disorder.

Not everyone who has borderline personality disorder exhibits all of these symptoms. The symptoms’ severity, frequency, and duration differ from person to person.

How To Best Communicate With a BPD Spouse During Divorce

Normally, BPD victims find it hard to read body language and comprehend what is being conveyed but not expressed. They may overreact to even the slightest perceived offense due to their anxiety over abandonment, which may result in physical or verbal abuse.

Such people experience problems because the disorder taints the messages they receive and the ones they give. One of the most effective strategies to assist someone with BPD in calming down is to pay attention to them and validate their emotions. It’s also crucial to understand when to strike up a discussion.

Some of the pointers highlighted below will help you better communicate appropriately with your BPD partner:

Avoid distractions such as the TV, computer, and cell phone when talking to a BPD person. In addition, don’t alter the subject or interrupt the conversation to discuss your issues. Don’t pass judgment, accuse, or criticize.

– Place More Emphasis on Your Feelings Than Your Words

BPD people communicate their feelings far more through actions than words. Hearing that they are valued is essential for them. Instead of deciphering what your partner is saying, pay attention to the emotion they are attempting to convey.

– Make the BPD Victim Feel They Are Being Heard

Don’t attempt to persuade BPD victims that they are mistaken, win an argument with them, or disregard their feelings even if what they say makes no sense.

You shouldn’t respond angrily when your BPD partner says something negative about you, even if you believe they are being unjust. They will become enraged if you try to defend yourself. Consider moving away if you need some time and space to calm down.

Is It Possible To Continue Living With a BPD Spouse?

You can still have secure and wholesome relationships with your BPD spouse and avoid BPD divorce regrets in the long run. However, most people with BPD still struggle in their relationships. Mostly, a professional can assist you in solving these issues. You and your partner may gain a lot from therapy sessions with a mental health professional, which can improve your relationship.

Here are some strategies for handling the relationship with your BPD partner:

However, you’ll find that most BPD victims are intolerable and hard to continue a relationship with, especially when they feel abandoned. When this happens, the only suitable way forward is to terminate the relationship for your best interest. However, if you don’t proceed with caution, this process could ruin your entire life and leave you in regrets forever.

How Can BPD Manifest During a Divorce?

Their relationship is deteriorating, they are under a lot of stress, and their emotions are out of control, which leads to a self-fulfilling prophecy. They think that the relationship ends in abandonment to demonstrate their inadequacy.

These people might interpret a breakup as a catastrophic failure in their lives, which could exacerbate their illness, worsen their depression, or even increase their anxiety.

Depending on the circumstance and type of disorder, people with BPD respond differently to breakups and divorces. For instance, a person with Quiet BPD may shut down and take everything in, which can cause a little depression.

In a separation or divorce, a person with petulant BPD may try to use their even more volatile emotions as leverage or as a means of controlling the other spouse. They might escalate their responses, disparage the other person, or even make threats.

Someone with BPD may accuse others unfairly out of fear or because they feel lost and alone due to the disorder. They behave erratically to gain favor and attention due to their illness. A divorce might be among the most upsetting events for someone with BPD who has spent years being afraid of abandonment.

The event will certainly change their performance. For this reason, BPD victims should ensure they have a solid treatment strategy. They should also devise a plan for managing their stresses while navigating the legal system to finalize the divorce.

Consequently, being falsely accused by your BPD partner can make you regretful after the divorce. You need to teach yourself how not to buy into their claims.

What To Look Out for When Divorcing a BPD Spouse

You should determine whether you and your BPD partner can resolve your issues by consulting with a therapist who works with couples. However, some relationships are destined to fail despite how much effort is put into them.

It might be best to end your relationship with your BPD partner if it is unhealthy due to issues like abuse, aggression, excessive control, deceit, or competition.

Physical abuse of any kind is detrimental to a relationship. Generally, a period of building tension precedes an act of violence, followed by a period of reconciliation and peace. However, the cycle of abuse may continue if the relationship does not end and neither partner seeks assistance.

Although it may not be as obvious, verbal and emotional abuse can be just as damaging to a relationship as physical abuse. People may insult one another, belittle them, make them feel bad, or stop expressing their love and affection for one another.

A little friendly competition in a relationship can be beneficial, but too much competition can damage it. You might have an unhealthy relationship if you feel like your partner is constantly trying to outdo you.

Is BPD Treatment Essential Before a Divorce?

The first thing you should do if your partner has BPD during the breakup process is to create a treatment plan. Occasionally, such people may resist seeking care or may have had a negative experience, discouraging them from trying again.

People with BPD sometimes delay therapy and don’t take their medication, which is both self-deprecating and self-harming behaviors. This makes it much more difficult to handle during an anxious period like a divorce.

Even though the court does not mandate it, creating a treatment plan is essential in the procedure. Everyone will experience the separation less stressfully, and dealing with the significant changes will be simpler. You must follow all instructions the courts give if they order treatment.

The court will ultimately determine what is best for everyone. If children are involved, a strategy for helping the sick individual must be in place. After all, the court wants to see that people are making an effort to improve and, if possible, won’t expose kids to potentially hazardous situations.

Additionally, you should consult a therapist to help you go over the trauma. A divorce with a BPD person can leave you traumatized and regretful due to the false accusations your partner lays against you. A specialist can help you overcome this pain altogether.

Divorce from a spouse with a borderline personality disorder is often characterized by BDP divorce regrets later after the process. Being in a relationship with a BPD partner can occasionally be challenging – ending it permanently often feels like the only reasonable thing, especially if your rights are being violated or you are being abused.

So far, we’ve looked at the various aspects of BPD divorce. Below is a summary of the discussion:

Being conscious of the traits of your BPD spouse can help you to navigate the harsh decision of terminating your BPD relationship due to the intolerable behavior of your partner. Extremes in a person’s thoughts, feelings, and behavior are frequent indicators of the disorder. A professional can help you handle the divorce process and potentially offer remedies if you’re overwhelmed with regrets after the process.

Alimony in Virginia: A Useful Guide That Divorcing Partners Need

Alimony in Mississippi: How To Obtain It During a Divorce