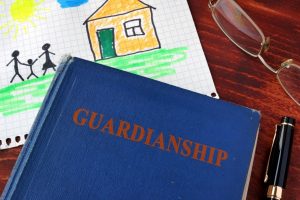 Depending on how you look at it, aunts rights child custody can be complex, but it can also be relatively easy to understand. That’s because the laws affecting an aunt’s rights to custody of her nieces and nephews vary from state to state.

In this article, we’ll tell you everything you need to know about aunts’ rights in child custody, including getting temporary custody or guardianship of your niece or nephew.

How To Get Custody of Niece

As an aunt, you don’t actually receive custody of your niece. Rather, you receive guardianship.

What’s the difference between the two? Well, nothing. It’s just terminology! Therefore, and to keep things simple, we’ll refer to it as custody of your niece.

Sometimes, a parent may voluntarily give custody to an aunt. This may happen because the parent is being deployed overseas on active duty, or the parent has been convicted of a crime and will begin his prison sentence.

Before we proceed any further, it’s important that we clarify another misnomer. While we have referred to it as an aunt’s rights in relation to child custody, what we really mean is an aunt’s (or uncle’s) rights to custody of her nieces and nephews.

Since that’s been clarified, let’s continue.

Guardianship of Niece or Nephew

A child’s family support system is usually the parents, but, in many cases, it can include aunts, uncles, and grandparents, who are known as extended family members. As an aunt, you can receive temporary custody or temporary guardianship (more on this later) of your niece if either of the following can be demonstrated:

To give you a better understanding of what this means, we’ll go over each element.

– Abuse in the Home

If there’s abuse in the home, an aunt can become more involved and get custody of her niece. Abuse can be physical, sexual, or psychological.

Physical abuse is any type of intentional act that injures another person. For example, hitting your child with a baseball bat or a coffee mug constitutes physical abuse. 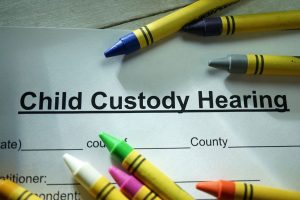 However, imagine a different scenario. It’s a Saturday, and you and your 5-year-old child are sitting on the living room couch and watching cartoons on TV. You get a phone call from work, and therefore, you get up to answer it. It’s your boss who tells you to come to work to finish a last-minute presentation.

You’re irritated. When the call ends, you begin to walk to your bedroom to get ready (and break the bad news to your wife). But before you go, you throw your phone on the couch, where your child is seated. Unfortunately, the phone hits her on the arm.

While you should have been more careful about throwing your phone, this isn’t considered physical abuse, as the act wasn’t intentional.

It’s also important to note that though this may not constitute physical abuse, it could be assault, or the object could have caused more damage. For example, what would happen if it wasn’t a phone you threw, but a knife or hammer?

This is any behavior that sexually gratifies one person. Most commonly, sexual abuse is sexually touching (e.g., touching their breasts or genitalia) someone or having sex with them without their consent.

Here, we’ll make a side-note. Even if the child consents to the sexual contact, it’s nonetheless a criminal offense, as incest is prohibited in 48 states (the outliers are New Jersey and Rhode Island).

Psychological abuse is when one person causes emotional trauma, such as depression or anxiety, to a child (or any other person). Unfortunately, this type of abuse is generally the most difficult to identify. Nonetheless, the question that should be asked is, does the child feel completely controlled by the parent so much that she doesn’t do anything without her parents’ approval?

– The Child Is Being Neglected

Child neglect, which is another form of abuse, is when the parent fails to provide the child with basic necessities, such as food, shelter, clothing, and sufficient supervision. This type of abuse can also help an aunt obtain custody of her niece.

Without spending too much time on this, it’s sufficient to say that every child requires special care and if the parents can’t provide it, then a case for child neglect can be made.

– When the Child Is in Danger

When a niece or a nephew is in danger, the extended family may request to get custody of them. We’ll talk more about this in detail below.

Must Parents Be Divorced for an Aunt To Get Custody?

Usually, when parents are divorced, it’s easier for an aunt to get guardianship of a niece. However, that’s not always the case. That is to say, if an aunt can demonstrate that the parent has abandoned the child or that the child’s life is in danger, then she may get custody of her niece.

For example, imagine that both parents are drug addicts and that they’re in debt to their local drug dealer. The aunt has come to find out that the parents and the child have lived away from their home because they fear for their safety. In this situation, the aunt may apply to the court to get custody of her niece so that she remains safe.

Best Interests of the Child and the Parental Preference Rule

Recall that we said it’s easier for an aunt to get custody of her nephew when the parents are divorced. However, even if they’re divorced, the courts will still apply this standard. They will give the primary preference of awarding custody to the child’s parents, known as the parental preference rule.

Here, courts look at where the child will be kept the safest (e.g., physically and psychologically) and will also consider the child’s wishes where possible. This means that if the child actually wants to live with his aunt, then the courts may award custody to her.

– What Are an Aunt’s Rights To See Nieces and Nephews?

Of course, an aunt has the right to see her nieces and nephews. However, a parent can ask the court for an order prohibiting the aunt from seeing her niece. Nonetheless, the procedure for such an order varies from state to state.

– Can Anyone Be a Guardian?

No. It’s important to note that to receive guardianship, you must be an adult, you didn’t declare bankruptcy in the past seven years, you weren’t barred from a profession that requires a state license (e.g., medicine, law, accounting), and you don’t have a criminal record.

However, even if you have a criminal record, if the offense is minor or non-violent, a court may grant you custody of your niece.

– What if Multiple People Want To Be the Guardian?

It’s simple. The court can order two or more people to be co-guardians. However, if they refuse a co-guardianship and only one person wants custody, then the court will do what’s in the best interests of the child.

We understand there was a lot to unpack in this article. However, we’ve simplified it as much as possible. Therefore, consider all of the surrounding circumstances and apply for guardianship. After all, a child needs all the love, care, and support they can get. If you still have questions, we recommend you consult a qualified family lawyer who primarily deals with child custody and guardianship claims.

How Much Is a Divorce in Oklahoma: Financial Guidance

How Long Does a Divorce Take In Pa: Requirements and Timelines Guide