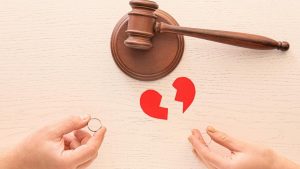 Annulment vs divorce is an important topic for married couples as both legal processes have a similar consequence: ending a marriage. While any marriage can be ended by divorce, annulment isn’t applicable to all marriages. Each of these processes has its legal justifications and implications.

Before we go further into this topic, let’s begin by looking at what each process entails.

Annulment is the process by which a marriage is formally declared legally invalid. While annulment ends a marriage by declaring it null and void, the records for marriage remain on file. Marriage annulment can either be civil or religious.

Normally, it is a judge who grants a civil annulment, and it essentially ends your marriage. Either party may file a petition to request annulment of their marriage. The court will then consider the grounds for annulment to determine whether to grant or deny the request.

Each state provides a set of requirements for annulment requirements, but the commonest grounds include:

You can also request an annulment of marriage if you or your spouse had not attained the age of majority when you entered into your marriage. In most states, both parties must be at least 18 to get married.

However, both spouses relinquish their claim for annulment when the underage party turns 18 and if they still live together.

If either spouse lacked the mental capacity to make a decision to marry, you can seek an annulment. It is likely that you or your spouse had a mental disability or was impaired by drugs or alcohol when the marriage took place. Also, the law provides that a spouse lacking the mental capability of providing consent or understanding the marriage doesn’t qualify for marriage.

If the husband is incurably impotent and didn’t inform the other party prior to marriage, the spouse can seek an annulment.

Another valid reason for the annulment of marriage is fraud. When a spouse misrepresents or lies about an important element of the union, including owing substantial financial debts or having children in a previous marriage, this amounts to fraud.

However, a spouse may not cite marriage fraud or misrepresentation if the innocent party failed to separate from the guilty spouse immediately after discovering the fraud.

Where one of the spouses hides a major fact in the marriage, such as drug addiction or a felony conviction, then the other spouse can request a marriage annulment.

In Colorado, for a spouse who wants to annul their marriage on the grounds of fraud, the length of their marriage isn’t a valid consideration. The most important thing is when they discovered the fraud:

The law provides that such spouses have to file for annulment not later than six months after finding out about the fraud.

State laws on the annulment of marriage are different. It is important that you go through your local laws to establish whether you have a valid reason and whether there are time limits that affect your situation. Keep in mind that you can still file a divorce even if you missed an annulment deadline.

It is granted by a religious tribunal or church. While an annulled marriage, whether through civil or religious means, is treated as though it never existed, religious annulments don’t end a legal marriage.

To annul a marriage, the spouse that requests the annulment bears the burden of proof. Such a spouse shoulders the responsibility of proving the grounds for annulling the marriage.

If that spouse proves that the invalidation of their marriage is justified, then annulment is granted. If the requesting spouse fails to provide enough evidence or prove the validity of the reasons for requesting an annulment, then a court may not grant the request.

What Is the Difference Between Annulment and Divorce?

Divorce refers to the legal termination of marriage. In contrast, divorce doesn’t void your marriage. Instead, it terminates your marital ties with your spouse. Every state has its set of rules that govern divorce matters. 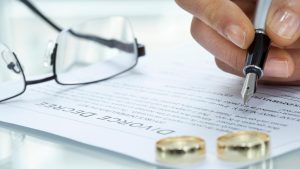 Today, all states allow spouses to file a no-fault divorce, which means that they can file a divorce petition without proving who was responsible for the breakdown of the marriage. In some states, spouses can file fault-based divorce petitions, citing reasons for ending their marriage, such as adultery, desertion, or cruelty.

Besides how they happen, divorce and annulment are differentiated by the processes that follow. After a divorce, ex-spouses may still have obligations to each other and their children. The processes below further indicate the difference between annulment and divorce.

The law identifies your marriage as a valid union in the case of a divorce. As such, a judge has to split marital assets and debts.

In contrast, there’s no property division in an annulment since the marriage is treated as though it never happened. This means that the marriage doesn’t have marital property or debt to split.

Given that annulment voids or erases a marriage, it takes away the right of a spouse to request spousal support. By requesting an annulment, you essentially waive your legal right to seek spousal support or alimony from your spouse. If you need financial support and are looking to end your marriage, a divorce would be the most appropriate instead of an annulment.

Effect of Divorce and Annulment on Child Custody and Child Support

Marriage annulment doesn’t change the right of a child to receive financial support from the parents. Regardless of whether they are married or not, parents are still responsible for providing financial support to their children. Legally, a husband remains the father of a child born during the marriage, irrespective of whether the couple’s marriage was terminated through annulment or divorce.

Essentially, an annulment invalidates a marriage, but the legitimacy of children born during the marriage remains intact. When a couple annuls their marriage, they have to make a decision regarding child custody and support. This decision will be made based on the same state laws that appertain to other marriages.

Courts in most jurisdictions will apply the child support rules as provided by the state’s laws. These will help to determine the financial responsibilities of each parent, as well as make a decision that is in the best interests of the child when deciding custody.

Similarities Between Divorce and Annulment

They are single and eligible to marry another person.

Also, a spouse who seeks an annulment has a burden of proof similar to a spouse seeking a fault-based divorce. 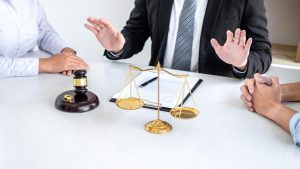 Both annulment and divorce result in the dissolution of marriage.

But how is divorce different from annulment?

Below, we look at the main things to recall in the annulment vs divorce discussion:

Divorce and annulment are processes that put a legal end to a marriage. While there are differences between the two, spouses that go through any of these processes are single and free to remarry.