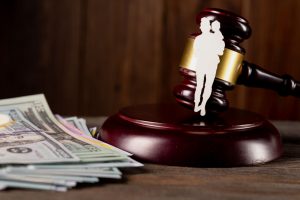 Alimony in Nebraska is a court-ordered payment made by one spouse to the other during or after the divorce. Alimony is a legal notion that was formerly reserved for long-term marriages in which one spouse (typically the husband) worked full-time while the other (usually the wife) stayed at home and cared for the family. In this article, we’ve gone over the legal rules and procedures for alimony distribution in this post.

Even if circumstances have changed and both spouses now work outside the home, Nebraska divorce courts may still impose alimony if one spouse is unable to become financially self-sufficient after the divorce.

After a divorce, alimony is a court-ordered financial support payment to a spouse. Alimony rules differ significantly from state to state, and courts frequently have extensive discretion in choosing whether to grant alimony, how much alimony to award, and how long alimony payments will continue on a case-by-case basis.

Types of Alimony in Nebraska

How Long Does Alimony Last?

Temporary alimony is awarded by the court and expires when the divorce is finalized. It does not always evolve into a post-divorce payment.

When a court orders short-term support, it may also decree alimony that will stop when a certain event occurs. Rehabilitative support payments, for example, may come to an end if you find work to support yourself, finish a degree program, or sell the marital home.

Permanent alimony is not always indefinite; the court may rule that it ends at a certain point in the future or after a specific event happens. For example, it usually ceases when the supported spouse remarries or enters into a marriage-like relationship, or when one of the spouses dies.

– What Happens if Alimony Isn’t Paid?

Alimony arrears are owed debts that have not been paid. Arrears can be collected through a variety of methods, including mediation, small claims court, and wage garnishment. Failure to follow a court-ordered spousal support order may result in a contempt of court charge being filed against the spouse who has not paid owing alimony.

– Who Qualifies for Alimony According to the Alimony Rules in Nebraska? 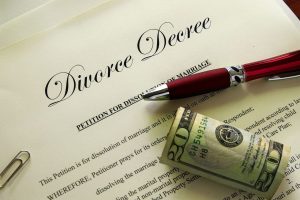 According to Alimony rules in Nebraska during a divorce, either partner, regardless of gender, can ask for alimony. However, for the court to grant support, the asking spouse must show that he or she needs financial assistance and that the other spouse can pay.

Once the court decides alimony is appropriate, it will evaluate the following factors to calculate the amount of alimony (Nebraska Statutes Chapter 42 – Sections: 365) and duration of the award:

Unlike child support, there is no formula for judges to follow when calculating alimony in Nebraska. Judges have extensive authority and will prioritize ensuring that the dependent spouse has enough time to transition from divorce to self-sufficiency. Fairness is the hallmark of every alimony case, and the court will weigh in on the reasonableness and circumstances of each case before making a final decision.

According to the Nebraska alimony rules the court can order alimony payments to be made in one lump sum, regularly, or as a property transfer. Most spouses, especially after a divorce, do not have adequate financial means to satisfy an alimony judgment in one payment, hence lump-sum payments are uncommon. A lump-sum payment, on the other hand, will remove the paying spouse’s obligation forever if the court orders it.

The most typical type of payment is periodic, which occurs on a monthly basis. Couples can agree on a payment method, such as the paying spouse’s direct transfer into the recipient’s bank account.

However, if either spouse wants court oversight, they can get an income withholding order, which instructs the paying spouse’s employer to deduct payments from the employee’s wages.

You can seek the court for assistance enforcing the order if you aren’t receiving your support payments. The court may file contempt charges against your spouse, which might result in fines, attorney fees, bank account seizures, driver’s license suspension, or, in the most serious situations, jail time.

– Can I Modify Alimony?

The seeking spouse must show “good cause” for the alteration, which typically signifies a major change in a spouse’s income or other circumstances. If you’re paying support and you’ve lost your work involuntarily, or if the supported spouse gets a promotion, you can request a review. If the conditions were brought about on purpose, such as leaving a higher paying job to pay lower alimony, the court will not change the alimony award.

Historically, the Alimony law in Nebraska enabled a paying spouse to deduct alimony payments and required the recipient to disclose and pay taxes on the income, easing the burden of paying alimony. However, amendments to the Tax Cuts and Jobs Act in 2018 repealed the tax deduction and reporting requirements, which means that the paying spouse, not the receiver, is responsible for paying taxes on the payments.

Before agreeing to alimony or requesting a judge to make the decision for you, you should consult with an expert attorney to learn how the new tax laws affect alimony awards and finances.

Divorce in Nebraska is solely a no-fault divorce, which means that no evidence of wrongdoing will be considered by the courts. Although all states allow for divorce on a no-fault basis, many still allow for fault-based grounds like physical or mental mistreatment, desertion, substance misuse, or adultery. All fault-based justifications have been eliminated in Nebraska.

The goal is that by doing so, much of the hatred that this type of finger-pointing tends to engender in a divorce can be avoided. Less antagonism frequently translates to less worry for all parties involved, as well as fewer legal expenditures.

All you have to show in Nebraska is that the marriage is “irretrievably broken,” which means there’s no possibility of it being saved.

How Does Adultery Impact Alimony in Nebraska?

In Nebraska, adultery has no bearing on alimony. A judge does not consider marital wrongdoing when determining whether or not alimony is justified.

Adultery, as a side note, may have an indirect impact on the outcome of a divorce. Let’s imagine one of the spouses has been unfaithful to the other. When deciding on the allocation of marital property, a court may grant the other spouse a bigger percentage of the couple’s assets as compensation if the unfaithful spouse depleted the couple’s bank account to finance the infidelity, such as with trips or presents.

There is no hard and fast rule to calculate alimony in Nebraska, it depends upon various factors mentioned in the article. Further, we conclude the following points:

Now that you know everything on paying alimony in Nebraska, we can only encourage you to make legally informed choices and to consult an attorney to inquire about your options in case you are going through a divorce.

How Long Does a Custody Battle Take And How To Shorten It?

How Long Does It Take To Get Your Child Back From CPS: Vital Timelines