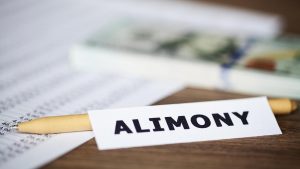 Alimony in Maine is financial support given by one partner to another following the dissolution of a marriage, typically in the form of monthly payments. When a divorce is finalised, the court may order one of the spouses to pay temporary alimony or alimony payments. Child support and alimony payments are made separately.

How To Calculate Spousal Support in Maine?

In Maine, there is no set formula that the court must follow when calculating the total alimony support award. Unless the parties reach an agreement, the court will determine how much alimony should be paid.

In order to calculate the amount of money the court will also consider whether one spouse has contributed to the earning potential of the other spouse, such as working while the other spouse was attending school. The tax implications of selling any shared property will also be considered by the court.

The court may also consider whether either spouse engaged in economic misconduct during the marriage, such as gambling with marital assets or excessive spending or borrowing.

Some types of alimony may be terminated before the date specified by the court in the first or original order.

If the circumstances surrounding the alimony change, the court may also terminate the payments prior to the date ordered. For instance, if the receiving spouse obtains a new job that pays more than their previous job. This will apply unless early termination of alimony is prohibited in the original order for that specific change in circumstances.

How To Pay Alimony in Maine?

You can pay alimony if the court awards the same to other spouse after considering the below mentioned factors. Alimony payments are intended to keep both spouses’ economic situations the same as they were while the parties were married. 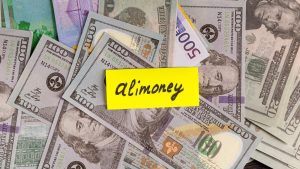 As previously stated, alimony payments are usually made on a regular basis, often monthly. Payments are typically made for a set period of time determined by the court.

A number of factors influence the amount of alimony that a court will award.

How To Avoid Paying Alimony in Maine?

If you feel your current support order is obsolete due to a change in circumstances, you can petition the court to reconsider it. Your support order may be modified by the court “as fairness requires.” A change in either spouse’s income or health changes are common reasons for modification.

This is important to avoid misuse of the alimony paid and make the person pay alimony according to his earning capacity.

If you were awarded spousal maintenance before October 1, 2013, the judge may change (modify) or cancel the order if any of the following conditions are met:

If you were awarded spousal maintenance on or after October 1, 2013, the judge has the authority to change the award if any of the following conditions are met:

If either spouse dies, or if the supported spouse remarries or cohabitates with another person for at least 12 months in a mutually supportive relationship, the court will discontinue support.

– What Are the Types of Maine Spousal Support?

General support may only last for half the duration of the marriage. For example, if your marriage lasted ten years, the judge can only award general support for a period of five years.

– What is Reimbursement Support in Maine?

Nominal support is uncommon, and the court only grants it in order to reserve the right to issue a support order later. For example, the court may award $1 to the supported spouse in order for the judge to reconsider the order for modification later.

Interim support is available for spouses who require financial assistance during the divorce proceedings, and it ends when the divorce is finalised by the judge.

– How Do You File a Maine Spousal Maintainance Petition?

If the other spouse files the divorce petition first and does not request alimony at the outset, they may be able to do so later by requesting that the court allow them to amend the Petition or Answer. The spouse should explain why they are eligible for alimony in their request.

After the spouse petitions for alimony, both spouses must file a Financial Statement with the court. This document must include a detailed report on the spouse’s financial situation.

It is critical that the Financial Statement be complete and accurate, as inaccuracies can result in alimony denial.

– What Are the Factors the Court Takes Into Account?

The following factors must be considered by the court, according to Maine Revised Statutes (Maine divorce laws)– Title 19A – Sections: 851, 951.

Alimony is discretionary, and the judge will make an exception if an award would be unjust or unfair.

– How To Calculate Alimony for the Unemployed Partner in Maine?

As previously stated, alimony is generally based on what each divorcing spouse “reasonably earns.” That is, if a person works at a job that pays less than what he or she could earn, the courts will sometimes calculate alimony in Maine based on a higher figure, a practise known as imputing income for support.

For example, if a $50,000-a-year school teacher decides that teaching is too stressful and instead works as a clerk in the post office for $35,000 a year, a judge may decide to calculate alimony based on the teacher’s level of income. And, if a doctor earns $200,000 per year in a big city but decides to relocate to a small town where he earns only $90,000 per year, a judge could impute income to the doctor by basing the alimony amount on the higher income of $200,000 per year.

When such facts occur, the person who has changed jobs is usually expected to present evidence as to why personal factors such as stress necessitated the change. A psychologist may be called in as a witness to support the need for change.

The person opposing a reduction in support may succeed by demonstrating that the loss of substantial alimony payments will have a significant impact on the lifestyles of those who are being supported.

Court decisions in this area will frequently be based on the precise wording of state Maine alimony laws and the court’s assessment of the supporting spouse’s good faith.

– What Is the Relation Between Interspousal Torts and Alimony?

The first issue, as we mentioned in the introduction, is preventative: using alimony to avoid a specific type of harm known as unfairness. The latter, on the other hand, arises after the harm has been done.

It is one thing to consider how spouses should divide marital benefits after marriage. It’s quite another to figure out what to do about the harm one spouse has caused the other.

When we talk about “harm,” we could be referring to two types of detriment: economic detriment and personal injury. The former is known as the prodigal spouse syndrome, in which one spouse wastes assets to the detriment of the other. The latter is the abusive spouse syndrome, which occurs when one spouse commits a tort against the other.

– Is Alimony Available as Statute in Maine?

Alimony is currently available as a remedy for the former Maine’s alimony statute expressly allows the divorce court to “consider” whether “economic misconduct by either party resulting in the diminution of marital property or income” has occurred when addressing the question of alimony. By allowing the court to “consider” such an issue, the statute presumably intends to allow the court to act on it as well, by awarding alimony.

However, the relationship between alimony and interspousal torts is more complicated. On a theoretical level, the concepts of unjust enrichment and economic misconduct derive from a completely different social objective than the concept of tort compensation.

The former appears to be similar to the contract law principle that seeks to enforce the intentions of the parties to an agreement and provides default remedies when the agreement fails. The latter, on the other hand, is intended to vindicate a variety of social policies, none of which can be defined by the individual. From the start, alimony and tort seem like strange bedfellows, and using the former as a vehicle to remedy the latter appears to be a union of convenience rather than principle. 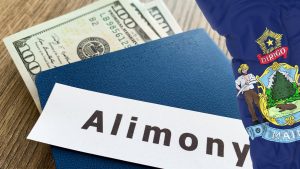 If you finalised your divorce on or after January 1, 2019, spousal support payments are not tax-deductible to the paying spouse and are not reportable income to the recipient. If you divorced before January 1, 2019, however, the paying spouse could deduct payments for tax purposes, while the supported spouse must report and pay taxes on the income.

We further conclude the following:

We hope after reading this article you may get a better understanding of how alimony is to be dealt with in Maine!

Rule 11 Agreement: When Is the Right Time To Use It as a Lawyer?