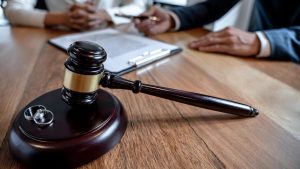 The definition of abandonment divorce differs from state to state, but in general, it means that one spouse abandons the family home and the relationship without communicating or giving notice. To determine the exact term, definition and the process that applies to abandonment divorce, read this complete guide.

How to File for Abandonment

If you want to get a divorce based on abandonment, you must first initiate a divorce petition in your local court. It’s crucial to check your state’s residency rules, which may require you or your spouse to live in the state for a certain amount of time before filing. If you petition for divorce but do not satisfy all of the standards, the court may refuse your request and you will have to resubmit it.

When you file for abandonment in a marriage, you must state your reasons, also known as “grounds.” If your partner has deserted the family, you must tell the details of the abandonment, including how long ago your spouse left.

State-wise waiting period: Every state requires you to wait a certain amount of time after abandonment before filing. If you have any questions about the laws in your state, consult with an experienced lawyer in your state before filing.

In most situations of abandonment and desertion, you must show that your spouse abandoned you for a certain duration. Prepare to demonstrate to the court that your partner refused to communicate, that leaving was unnecessary, and that your spouse wanted to dissolve the marriage and not return.

Regardless of how state laws define the distinctions between abandonment and desertion, both typically require the same elements of proof.

The most important factor in filing for abandonment, as previously stated, is the time period. In most states, the couple must be physically separated for at least a year before filing for divorce based on abandonment or desertion.

The time period begins when the abandoning spouse vacates the premises. However, if they return, this action may reset the clock in some states.

When a spouse leaves a marriage and abandons their spouse and children, it may imply a refusal to contribute financially to the family, leaving the abandoned spouse to face unexpected financial challenges. When faced with these types of challenges, whether or not they have filed for divorce, most state courts allow the petitioner to request spousal maintenance.

If a partner deserts the other in a marriage because the other spouse has made it unbearable for them to stay, the person can claim “constructive desertion.” Constructive desertion occurs when one spouse refuses to physically leave the home but has made life unbearable for the other spouse through their actions. If one partner feels compelled to leave the house due to the misconduct of the other, they have been constructively deserted.

According to U.S. Legal, other types of marital misbehaviour that lead to constructive desertion include purposeful rejection of sex without reasonable cause and failing to execute other marital tasks that might lead to marital troubles.

When deciding whether to end a marriage, it is critical to consider the consequences. Although abandonment is not a legal ground for divorce in some states, it can have an impact on child custody.

– Effect of Abandonment on Child Custody

Most divorcing spouses have the chance to explore child custody (both legal and physical custody) arrangements throughout the divorce process. When you’re going through a divorce and your husband has left you and your kids, negotiating is practically impossible.

– Effect of Spousal Abandonment on Property Division and Alimony

It’s a frequent myth that if you leave your marital home before filing for divorce, you instantly surrender your marital estate rights. Instead, before allocating marital property, the court will assess each divorce on its own merits.

Judges in Michigan, for example, evaluate a particular set of considerations during property division evaluations, including the spouses’ historical interactions and behaviour, as well as basic equity principles. Simply put, if you divorce and stop supporting your spouse financially, the court may award your spouse a bigger portion of the marital property to compensate for your failure to pay.

When assessing spousal support in Michigan, courts may consider either partner’s marital wrongdoing (for example, spending marital assets on gambling or an affair) as well as basic principles of fairness, but the final alimony order, if any, must be fair and equitable.

– Abandonment Can Cause Emotional Upheaval

Aside from the financial and legal issues that come with desertion, there is also a difficult emotional component to deal with. The most difficult part is trying to move on while dealing with an abandoning spouse’s complete lack of response.

When a partner unexpectedly leaves, the feelings can be similar to those experienced when a loved one dies. You’ll have to deal with pain, anger, a lack of closure, the stigma of a very public situation, and a never-ending wave of emotions.

This will be exacerbated by the fact that you will be given far more responsibilities. You’ll fill roles that your spouse may have previously filled. You must be both parents to your children, and you’ll have to explain the circumstances of the desertion to them.

It’s one thing to ease into these responsibilities as part of a more planned divorce, but it’s quite another to be thrust into them with no warning. When you are abruptly abandoned, you may feel scepticism and self-doubt while you hunt for explanations that may take a long time to arrive. As one might assume, this might result in severe depression.

Because your partner is still alive someplace and you are unable to end your relationship, abandonment may be more difficult to deal with than death. It’s still an open wound that’s getting worse.

Criminal spousal abandonment is defined as leaving or abandoning and omitting to look for a dependent, medically sick partner or minor kid. According to California Family Code Section 7820, if a parent abandons their child, the family law court has the authority to terminate parental and custodial rights.

Typically, the parent who leaves and does not return may be required to pay more child support than if a joint legal and physical parenting plan was in place.

– Misconceptions About Divorce by Abandonment 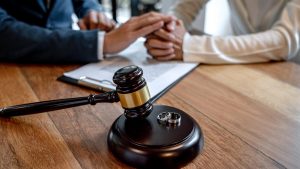 It might be difficult to resolve cases in which one spouse alleges abandonment. The abandonment was caused by a variety of circumstances and causes on both sides.

The child must be abandoned, abused, or neglected, according to the abandoned parent. When this happens, the court has the authority to terminate the abandoning spouse’s parental rights and financial responsibility for the child.

When one spouse is compelled to leave the house because of the other’s misbehaviour, he or she is constructively abandoned. One spouse’s behaviour makes it hard for the other to stay in the marriage under this system.

Constructive desertion happens when a spouse quits the marriage in spirit by avoiding having sexual relations. The party alleging sexual desertion, which is regarded as a fault ground, must establish abandonment for a period of one year, during which the spouses may live together (but presumably not in the same bed).

Constructive desertion is a sort of desertion that can be used as grounds for divorce, but it is also considered harsh and inhumane behaviour.

A few years ago, a newspaper story highlighted the marriage of an elderly movie actress and her spouse. He resided in one wing of their huge house, she in the other, and they each entertained their distinct and separate groups of acquaintances in the common areas on a reservation basis, despite the fact that they were still legally married. This is most likely a creative kind of desertion, both sexual and physical, carried out with the cooperation of the victim.

Desertion must meet certain criteria, and it is a ground for divorce in most, but not all, states. It is a tough way to divorce, similar to adultery, and it is seldom employed.

Most states require the deserted party, the complainant or petitioner, to show that the defendant or respondent departed the house for more than a year, did so without the spouse’s agreement, failed to pay support, and the reason for the departure was not caused by the plaintiff or petitioner. When neither the husband nor the woman refuses to carry out the duties and obligations of marriage, this is known as abandonment.

Further, abandonment is not the same as a woman fleeing domestic violence in an emergency or a man declaring his wish to divorce his wife and then fleeing. Abandonment has two sides, much like many other issues of marriage and family law.

Simply leaving as a means of coping with the domestic upheaval of a failed marriage may have legal repercussions that undermine one’s case later if he or she reconsiders and decides to legally break the marriage.

This is particularly true when there are kids involved, since making a persuasive argument that the person who left is a fit parent may be much more difficult if he or she has been away for a prolonged period. The marriage has degraded to the point where the partners share a roof and nothing else when the husband stays but does not contribute financially to the home. The two individuals are like ships passing in the night. One spouse pays for everything while the other makes no contribution.

In several states, non-support was a common reason for divorce, and in these states, a husband was supposed to support his spouse.

Difference Between Abandonment Divorce and Other Forms of Divorce

Separation, whether temporary or permanent, is not the same as abandonment divorce, which generally happens as a precursor to divorce. The duration of the desertion varies by state, however, it normally lasts a year or longer. When the individual that left returns just to depart again, reconciliations, on the other hand, reset the clock.

Although a spouse who refuses to relocate if his or her partner is relocated due to employment may have a major marital problem, refusing to relocate is not the same as abandoning.

To be considered divorced, it is not enough to merely leave by mutual consent. A no-fault divorce may need a separation agreement, but just leaving is not. For example, when a husband and wife separate on a trial basis, both may agree to it, but a trial separation – which is sometimes used to assess the marriage – is not grounds for divorce in and of itself. 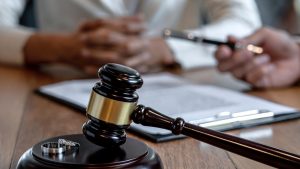 Facing an emergency like this in your marriage can be terrifying, and it can be difficult to see a path to resolution, so aside from relying on your network of support, the most important thing is to consult with an experienced attorney as soon as possible. You have most likely overcome many challenges in your life prior to this point, and people are eager to assist you in this process.

When faced with marital abandonment, focus on your next immediate steps, allow others to support you, and take charge. Learn about the different aspects of desertion from this article before filing for an abandonment divorce.

Divorcing with a Newborn: How To Navigate This New Role as a Parent

Covenant Marriage: A Complete Guide for Your Reference